Excellent use of our tax dollars, right?

Until June 1, 2020, you might want to fight your N.C. misdemeanor marijuana possession charge. People often find themselves charged with simple possession of marijuana because the cop “smelled marijuana” or somehow found a dime bag of weed on a person or in a car. There are five major problems with this until June 1:

Therefore, an arrest based on sight or smell without an admission is invalid.

Legal hemp and illegal marijuana differ only in the THC level. Marijuana has at least a 3% THC content; legal smokeable hemp has under 3%.

So should you fight your charge? Maybe. If this is your first criminal charge, you might be eligible for a deferral program to have the charge dismissed. If you choose to fight a misdemeanor possession charge (which is almost always paired with a paraphernalia charge), the worst you are likely facing is a fine and court cost, but you will have a conviction on your record for at least five years (at which point you could be eligible to expunge it).

Many N.C. district court judges are aware, or at least should be aware, of the difficulties distinguishing hemp from weed. If you have a misdemeanor possession charge in North Carolina, contact an attorney and see if you should fight.

Next Farmers one step closer to hemp production in Texas - KTAB - BigCountryHomepage.com 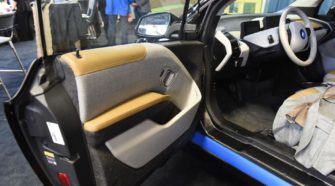