When Congress legalized hemp farming at the end of last year, CNN’s Harmeet Kaur wrote: “… if you try to smoke hemp, you’ll probably just end up with a headache.”

Kaur may not be spending enough time in Vermont.

Advocates have been at pains to differentiate marijuana, the psychoactive cannabis flower people smoke, from hemp, marijuana’s non-psychoactive relative. But increasingly, Vermonters are smoking hemp buds in the same way Americans have smoked marijuana buds for a hundred years.

“Oh my gosh, they did not do good research,” Kelsy Raap said when I told her about the CNN story.

Raap and her family own Green State Gardner, a cannabis garden store and CBD retailer. There, employees carefully cultivate hemp flower specifically for smoking. That old headache myth? Raap said that’s a relic from the days when hemp plants were only cultivated to make fibers for textiles.

(Having now tried a hemp joint, I can confirm: it didn’t give me a headache.)

At her store in Burlington, Raap gestured to the display case, and apologized. She was out of hemp flower.

“It’s sold out,” she said. Even after doubling their growing capacity, Raap said, “we keep having trouble keeping up with the demand.” Raap did have pre-rolled hemp joints for sale.

There are three reasons Raap said her customers smoke hemp.

Some mix it with today’s extra-potent marijuana to mellow it out, which Raap called “a salad.”

Others desire the purported therapeutic effects of CBD, such as relief from insomnia and anxiety. Smoking, Raap said, offers a faster delivery of CBD than digesting extracts. (Research on CBDs is still early days.)

And, Raap said, many people long for the “ritual of the smoking,” and appreciate that hemp is neither addictive nor psychoactive.

“If I wanted to smoke pot, but I don’t want to be [high],” Verga said, he’d smoke a hemp joint instead.

Whatever the motivation to smoke, Vermont’s hemp retailers agreed: business is good.

“Smokeable hemp is a very small part of the hemp and CBD marketplace,” he said, “but it seems to be the one that’s growing most rapidly.”

If a cannabis plant is .3 percent THC (the psychoactive chemical) or greater by dry weight, it’s marijuana, according to the Agricultural Improvement Act of 2018; anything lower is hemp. And while Vermont has not legalized marijuana for sale outside of medical dispensaries (yet), it is legal to sell hemp, and to smoke it.

“My name is David Hull and my company is VPR.”

That’s what David Hull said when I asked him to introduce himself for the radio. To be clear, Hull is not a colleague.

“Vermont Pre-Rolls is a company that makes an herbal joint out of Vermont hemp,” he explained.

Hull rolls and packages the joints in Brattleboro, then sells them around Vermont and out of state. He said he is increasingly selling to cafes and boutiques in New York, and bars and clubs in Florida, where you can still smoke indoors. Although about a half dozen states have banned smokeable hemp, it’s legal in most states.

“It was an explosive start,” Hull said. Since then, it’s been steadily growing.

Both Hull and Raap say they started their smokable hemp products in part as placeholders — a way to get a foothold before marijuana is legal for retail. Both were surprised by the degree of demand.

Both also feel conflicted about selling combustible products designed to be inhaled. The research is pretty conclusive: smoking is bad for health.

“It doesn’t feel great but it doesn’t feel horrible,” Hull said. He noted he feels no worse selling hemp joints than he did in his last job, raising animals for slaughter. The meat tasted great, he said, but it was bad for the animals who died, bad for the environment, and not exactly healthy for his customers, either.

At least with hemp, he said, “I’d like to think I’m helping some people smoke less pot, and fewer cigarettes.”

Next Drones being used to help hemp grow - WBNG-TV

Editorial: Could hemp be savior of state’s farms? – Richmond.com 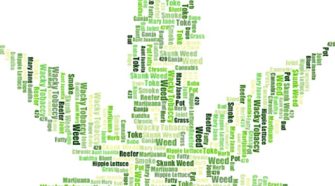