The U.S. Department of Agriculture is likely to approve the hemp-growing plan submitted by Wyoming officials last April. The hemp-growing plan which will reportedly set clear guidelines both for growers and law enforcement was submitted 9 months ago to the U.S. Department of Agriculture. The federal agency was, however, unable to solidify regulations at the federal level contributing to delays in the approval of Wyoming’s hemp plan. According to USDA, the plan had to comply with federal regulations as compliance is necessary to get approval.

During this time, Hemp growers around the state became impatient and began mounting pressure on the USDA. The growers were concerned that they would miss out on the 2020 growing season if the hemp plan is not approved soon. The USDA had earlier rejected the first plan submitted by the Wyoming officials on the grounds that it didn’t fit into the framework provided. The officials were asked to go back and work on the plan. This time they were to ensure that the new plan reconciles with the USDA interim final rule.

The regulations around the hemp plant are quite complicated considering that the plant is still widely viewed as being in the same category as the marijuana plant. In the U.S., the marijuana plant remains illegal due to its psychoactive effect on users. The fact that the hemp plant is a close relative to the marijuana plant makes any state regulations around hemp subject to thorough scrutiny. Before the hemp-growing plan was submitted to the USDA, the chief law enforcement officer in the state which is the attorney general and the Governor had to give approval. The plan was legally reviewed by the A.G before it was forwarded to the federal agency who will give the final approval.

Wyoming Attorney General, Bridget Hill says that she is hopeful that the USDA will approve Wyoming’s proposal in time to allow hemp growers in the state plant their crops in anticipation of this year’s boom. “Both the Department of Agriculture and my office are assuring investors and farmers that everything is correct and in accordance with the requirements of the USDA. The plan is designed to ensure that hemp producers in Wyoming do not violate controlled substance laws. In any event, we are looking at getting a go-ahead by the end of the month,” Hill said.

Among those who are anticipating the approval of the plan is Rep. Bunky Loucks who said that he was expecting the approval much earlier in January. Wyoming Hemp Association President Justin Loeffler says that Wyoming could be a major producer of industrial hemp if it moves quickly and effec

“While we want to be sure that we are being positive on this, we also need the local government to understand that this for us is a necessity and a need… there are many people who are interested in investing in hemp production and creating many jobs in Wyoming but these people are sitting on their butts because of the lack of government approval. If nothing is done about this, we will miss out as these people will take their dollars somewhere else,” Loeffler said. When the USDA approves the hemp-growing plan, Wyoming will begin running on a hemp regulatory program. 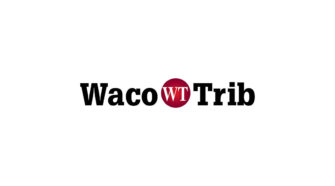