His work sells for thousands of dollars and has been worn by high-profile figures including Michelle Obama.

“Fashion is one of the largest polluters in the world,” said Khan.

We caught up with Khan in-between meetings with state officials.

He’s hoping to cultivate hemp in Florida for its fiber, which he plans to use as a greener alternative to other clothing materials.

“Hemp can save the planet. You don’t need pesticides, you don’t need fertilizer. It takes the least amount of water,” said Khan.

But it’s not entirely clear what problems hemp might face or cause in Florida.

Success in hemp for entrepreneurs like Khan relies in part on research being conducted by Florida Universities.

“This is pretty big for us to actually get something in the ground,” said Dr. Charles Weatherford.

Dr. Weatherford is in charge of FMAU’s hemp research project.

“When you bring a new plant in like this and you grow it in a major way there’s all sorts of possible problems,” said Weatherford. “We want to try to study those possibilities and eliminate them if possible.”

While research is just gearing up, Khan already has high hopes for hemp’s impact on the sunshine state.

“There is a huge opportunity of Florida being the forefront for fashion manufacturing and fashion designers to be here,” said Khan. “Now with hemp we could also build a new industry.”

Dr. Weatherford said the university hopes to have hemp growing in six to eight locations around the state by the end of October.

FAMU is also teaming up with small farmers who will help cultivate the hemp crop.

The university plans to allow the farmers to sell the crop for profit so it can study the market demand for hemp.

Can Hemp Provide a Catalyst for ACB Stock? – Investorplace.com 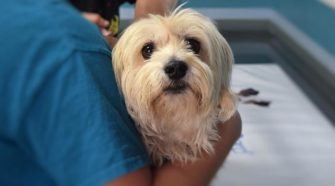