The company also announced a share placing to raise up to 5 million pounds.

After the rush to capitalize on the legalization of cannabis in markets led by Canada, a handful of cannabis companies have either listed, or are seeking flotations, in London, where they hope to be at the forefront of anticipated European growth.

In Britain, lawyers warn that the regulatory situation is unclear, but companies say that means there is untapped potential to attract investment.

David Stadnyk, CEO of World High Life, said he is eschewing risk with the outline deal with Love Hemp whose CBD (cannabidiol) products do not contain the illegal mind-altering THC (tetrahydrocannabinol).

“We’re always looking for new markets and the UK is poised for growth,” Stadnyk said in an interview.

A thriving start-up, Love Hemp has distribution agreements with more than 1,200 British stores, including with big high street brand Sainsbury’s (SBRY.L), which sells its CBD-infused water, and Holland and Barrett, which sells CBD oil.

Stadnyk says, the deal should be completed by the end of the month and would help World High Life expand across Britain and mainland Europe, with a focus on Germany.

The acquisition is subject to due diligence and includes 4 million pounds in cash on completion, provided by the company’s existing resources.

The rest is made up of 3 million in ordinary shares paid to Love Hemp and a deferred cash consideration of up to 2 million pounds based on the brand’s future performance.

Stadnyk, one of the founders of Toronto-listed Supreme Cannabis (FIRE.TO), set up World High Life with the aim of finding opportunities in Europe’s legal cannabis space, which industry consultants say has the potential to be the world’s largest within five years.

It listed on NEX London exchange for junior companies looking for investment, earlier this month and Stadnyk said he aims eventually to have a listing on the main London Stock Exchange.

Israel’s Kanabo Research aims this year to become the first medical cannabis company to list on London’s main stock market, as part of efforts to raise 4 million pounds for clinical trials and to launch over-the-counter products.

Previous For Hemp Farmers, It's Been A Season Of Learning And Hope - Connecticut Public Radio

Next Dreaming big for a risky hemp crop - Chicago Tribune 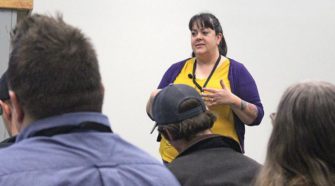