This approval is a critical formal step in the process to establishing the new commercial hemp program. However, the program will not be active in Kansas until completion of the process for adoption of rules and regulations.

“This is great news for Kansas as it moves us one step closer to establishing a commercial program for industrial hemp,” said Jeff Ochampaugh from Russell, who serves as chair of the Industrial Hemp Advisory Board. “It’s important for Kansans to understand, though, that our program won’t be active until the regulations are adopted.”

The formal adoption process for the Commercial Industrial Hemp Program regulations is underway as they are being reviewed by several state entities including the Division of Budget, the Department of Administration, the Attorney General, and the Joint Committee on Administrative Rules and Regulations. Once the regulations have been reviewed by those bodies, they will be subject to a public hearing which must be announced in the Kansas Register 60 days prior to the hearing.

Given the timeline of the formal adoption process, it is anticipated the Commercial Industrial Hemp Program will be finalized no earlier than early fall 2020. At this time, the industrial hemp industry in Kansas continues to function under the Industrial Hemp Research Program regulations.

For more information about the industrial hemp program in Kansas, go to agriculture.ks.gov/industrialhemp.

What’s Next For The Hemp Business? – WUTC 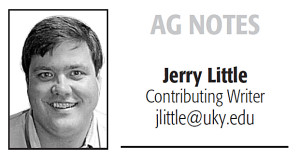