For some, the Pennsylvania Farm Show seems folksy, if not quaint.

From the Main Hall with its iconic butter sculpture to animal pens, chirping chicks and a bustling food court, a thread of Americana is evident inside the Pennsylvania Farm Show Complex & Expo Center in Harrisburg.

The Farm Show, after all, is a showcase of the state’s agricultural industry. It is the Keystone State’s version of a state fair.

Lately the show has taken on a bit of a hipper vibe. You can actually – gasp! – buy wine and hard cider, sample beer, order gluten-free foods, buy hemp products and grab a glimpse of Gritty, the famed Flyers’ mascot, in all of his buttery glory.

“Like everything, you have to constantly change. You can’t standstill. You either go forward or backwards. So, we’re going forward,” said Ron Frederick, who assists with the FFA horticulture and window exhibits.

The butter sculpture is revealed at the Pennsylvania Farm Show in Harrisburg, January 2, 2020 and features Gritty, the mascot for the Philadelphia Flyers.

It’s not just that we predicted it when we came up with our list of butter sculptures we wanted to see. It’s that we predicted a need for it. When Gritty, the mascot for the Philadelphia Flyers, first appeared, he was not warmly received by all. But it was only a matter of weeks before he was everywhere, and the Philly fans fully embraced their furry new friend. The memes were flying back and forth all through 2019 as the googly-eyed monster found a place in our hearts. And now he’s got a place at our Farm Show, immortalized in that same buttery hall of fame – the annual butter sculpture – as figures like Benjamin Franklin and Milton Hershey.

Suddenly, hemp is big business in Pennsylvania, thanks to a change in federal law that makes it easier to grow the crop commercially. (Hemp comes from the cannabis plant, but the psychoactive chemical THC which allows marijuana users to feel a high, is removed.)

Naturally, hemp is popping up in several forms at the show, including a range of products for sale such as hemp kitty litter. A hemp exhibit will give visitors a peek inside a small hemp house and “hempmobile,” both with parts made from hemp products.

In the food court the hemp theme continues at the PennAg Industries booth where they sell Chiques Creek Hemp Tea from Kreider Farms in Lancaster County. The 12-ounce bottles run $2 in three flavors – original, passionfruit-mint and peach-lemon-dandelion – and are made from hemp seed oil.

“We are promoting Pennsylvania agriculture and hemp is an important agricultural product of the state of Pennsylvania,” said Dave Andrews, Kreider’s vice president of sales and marketing. “We are trying to be leaders in hemp agriculture because it’s the beginning of a renaissance and we want to be on the leading edge of that.”

Say what you will about our Lieutenant Governor John Fetterman or his politics, but he’s a striking figure compared to his fellow Pennsylvania politicians. Even if he weren’t a tall, potentially imposing figure, you’re not likely to see him in a suit and tie very often. And he certainly wasn’t wearing one during the preview for this year’s Farm Show, as he posed with the butter sculpture – and mugged with Gritty for social media – and sampled new food court offerings. “If the Farm Show is Graceland, the Dairymen’s milkshake is Elvis,” he quipped, while sipping a Farm Show milkshake. He and his wife, Gisele, became political celebrities even before joining the Wolf administration – and did we mention that they hang out with Kim Kardashian sometimes?

Who would have thought you could drink alcohol at the Farm Show, let alone buy it? We’ve come a long way in PA. In recent years, the Farm Show has tapped into the state’s booming booze businesses. For several years Pennsylvania wineries have had prime real estate at the show with a booth in the Main Hall where wineries pour samples and sell bottles of their best. Several years ago, hard cider followed and last year beer had its day with an inaugural craft beer competition. This year, for the first time, visitors ages 21 and older will be able to buy hard cider as well as sample craft beer. Of course, results from wine, hard cider and craft beer competitions will be announced on Jan. 4.

In the past, if you followed a strict diet, you were likely out of luck at the Farm Show. Most of the food court offerings hardly pass as health food. But vendors introducing more options, making it easier for those who can’t or don’t want to eat deep-fried everything. (Look, if Burger King can sell Beyond Burgers, the Farm Show can certainly do its part.) This year, the Mushroom Growers of Pennsylvania are selling a Philly Port Sandwich that can be ordered sans roll as a vegan and gluten-free option. In addition, the Pennsylvania Livestock Association added gluten-free meatballs. (Although, it notes all of its meats are gluten-free.) And Bell & Evans has brought on board a full menu of organic chicken items, including a new entrant for 2020, parmesan crusted chicken meatballs.

Thanks for visiting PennLive. Quality local journalism has never been more important. We need your support. Not a subscriber yet? Please consider supporting our work. 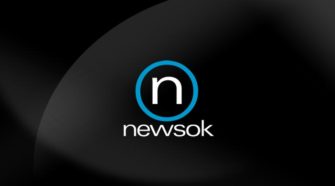