On August 20, the Senate Committee on Agriculture, Revenue and Financial Institutions held an executive session to take action on Senate Bill 188 which relates to regulating hemp in Wisconsin. SB 188 addressed a number of regulations with hemp including OWI provisions for THC levels from hemp by removing it from the Restricted Controlled Substances track. However, after hearing concern from law enforcement on those provisions, the committee created an amendment to address the issue. Michael Queensland, senior staff attorney for the Wisconsin Legislative Council, explained that, “…under the amendment the standard would be for RCS prosecutions, that if a person has Delta 9 THC concentration of 1 nanogram per milliliter or greater, then that person would be guilty of any of those crimes where that track is used.” CBD products, which are extracted from hemp, can contain trace amounts of THC (less than 0.3 percent), which leaves a possibility of it showing up on a drug test. 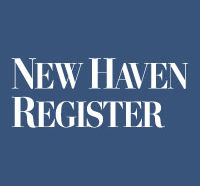