Test plots of industrial hemp being grown at the Langdon research center.

In a statement, Evers said the new laws will allow the state to properly regulate the hemp industry and promote farms that grow it. State senator Pat Testin says that with shifting markets and changes in the agricultural industry, Wisconsin ought to position itself right now. “We import roughly 600 million dollars of hemp products from countries like China and Canada, when we have the ability now to grow it here. And I’m confident that Wisconsin farmers are going to lead the way in this field.”

Testin says one big change is how the state handles the testing of crops to ensure they aren’t chemically active. “We’re giving an avenue for the Department of Agriculture Trade and Consumer Protection to eventually set up a system where you can have private entities licensed and regulated to do the testing as well.”

The new laws streamline the inspection process for hemp growers and producers, and work to ensure that farmers will have places to sell their hemp by allowing it to be transported into and out of Wisconsin.

Hemp CBD food products not allowed in Washington – The Spokesman-Review 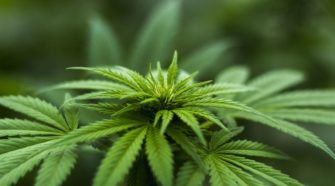