The attitude of Wisconsin banks toward hemp businesses appears to have changed to some degree, but there’s still a lot of room for improvement.

Back in December 2018, a Wisconsin Bankers Association survey of 95 Wisconsin bank CEOs and presidents showed little motivation in providing services to hemp businesses in the state.

Asked if changes in the 2018 Farm Bill that made hemp legal would see respondents actively seeking to provide loans to industrial hemp farmers and/or processors in Wisconsin, 83% said they wouldn’t.

A new survey conducted by the Association over the first two weeks of December 2019 with 85 respondents indicates 48% currently not banking hemp said they will extend services to hemp-related customers this year.

It’s an encouraging result, but there’s still a long way to go in Wisconsin’s financial sector before hemp is truly accepted and participants are able to access a full range of services.

The survey found 38% of responding Wisconsin banks were currently accepting deposits from hemp-related businesses, but just 15% were lending to the hemp sector.

“The reality is that hemp is a very new and complex issue from both a regulatory and business viewpoint,” said WBA President and CEO Rose Oswald Poels. “It takes time to work through these complexities. Because there is no one-size-fits-all approach, each bank’s approach and timeframe will be different.”

The Wisconsin experience is by no means unique. Even though the 2018 Farm Bill has now been in force for a year, banking remains a major challenge for many hemp businesses across the USA.

But progress is being made in shaking the stigma attached to hemp after decades of prohibition – for example, guidance published in early December said states banks are no longer required to file suspicious activity reports (SARs) in relation to customers involved in the legal cultivation of hemp.

The guidance was endorsed by the:

The Financial Crimes Enforcement Network (FinCEN) stated its intention of publishing additional guidance after further study of the USDA’s interim final rule for hemp, which was released in late October. 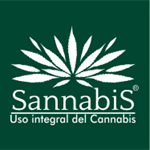