A flood of Illinois farmers are hoping hemp will be a cash crop for them this summer after Gov. J.B. Pritzker and the Illinois Department of Agriculture opened up licensing on April 30.

“Industrial hemp is a potentially billion-dollar industry that Illinois will now take part in from farming and processing, to sales and exports,” Pritzker said at a press conference. “This will have a massive impact on our state’s economy.”

In the first two days the Illinois Department of Agriculture began accepting applications to grow and process industrial hemp, a whopping 350 applications came in from processors and farmers who want to start planting this spring.

Hemp is related to cannabis – but it’s not the same thing.

“Hemp is the cannabis plant but it’s a variety that doesn’t produce a lot of THC (tetrahydrocannabinol), the psychoactive component that is found in medicinal varieties of the cannabis plant,” said Rachel Berry, founder and CEO of the Illinois Hemp Growers’ Association.

Hemp crops are capped at a 0.3-percent THC limit and the state will be conducting random checks on farms to make sure farmers stay within those limits.

“We’re going to be out there testing it to make sure that those THC levels stay down there where they need to be so that the product is used the way that it’s intended to be used for,” he added.

Illinois has a history of growing and producing hemp for things like rope for the war effort during World War II. The state banned it from being farmed during the war on drugs period, according to Sullivan. But it’s now legal in 43 states and hemp has a wide variety of applications.

“When we talk about hemp, it’s typically thought of as a fiber and an oilseed crop,” said Berry.

In addition to rope, hemp can be used to make textiles, building materials, CBD oil and oil for things like salad dressing and biofuel.

“The seed can be used as animal feed and people eat it as well. The stalk is where you can get building materials and clothing and all sorts of things, textiles, exciting new materials like nanomaterials which are energy-storing material. And also when you grow for fiber that’s what’s going to help clean up our soil,” said Berry.

There are myriad benefits for the soil when farmers add hemp to their crop rotation.

“It drops organic material and it pulls up pollution and contaminants from the soil,” said Berry, who owns and works a family farm with her husband.

“It also is used in carbon sequestration. So, it pulls carbon out of the air and traps it in the plant and then whatever you make with that plant is stored in that thing that you just made. Also it helps clean water, too. Like I said, it just pulls stuff right out of the soil and it can help the water in the same way.”

Note: This story will be updated with video.

Next Stillcanna Acquires Polish Hemp Producer and Receives the Proceeds of Its $24,365,000 Financing - Yahoo Finance

Top Stories 2019: Hemp on the North Fork — Soloviev and beyond – Suffolk Times

Back pain, anxiety and arthritis top symptoms attracting cannabis use among the 50-plus crowd 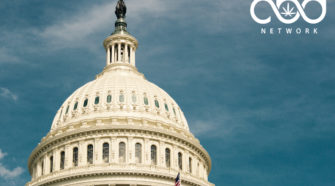