Just likeLos Angeles in late 2018, America’s other big trendsetting city, New York, suddenly outlawed CBD infused food and beverages in a seemingly backwards snap. Announced the same week as the federal relaxations on hemp from the Farm Bill, New York’s Department of Health decided to crack down on cannabidiol dosed prepared food items- not tinctures or manufactured foods, which they see as dietary supplements, landing under the purview of the Food and Drug Administration. This means those CBD cookies, brownies, and lattes are canceled, for now.

According to local news siteGothamist, “The DOH apparently does not consider CBD to be a food item unto itself, but rather an additive. The DOH did not respond to a question about who would be considered a “qualified expert” in order to have CBD approved.”

This sudden and silly turn against the tide is not going to do anything to make CBD safer. If New York regulators really cared about safety, they would follow the lead of states that already have lab testing requirements and make pathways to safe products rather than banning them outright due to a lack of information and infrastructure.

New York food bibleEaterwrites, “This will impact an increasingly robust market in New York, one that’s following a national swell of CBD food and drink sales. Bars, coffee shops, restaurants, and bakeries have all jumped into the game.”

CBD is seemingly everywhere from the corner bodega to the boutique shop, and preventing small businesses from providing it to their clientele is limiting in a grossly unfair way. It would take a simple testing initiative and some guidelines to bring the city up to speed, plus training for the on-site executors, but Mayor Bill DeBlasio seems more interested in beating out Governor Andrew Cuomo to become the first Italian American President in 2020.

This Sicilian American writer would prefer they both focus on the betterment of their existing constituency, which includes reinvesting in New York communities harmed by cannabis prohibition before adding more bans to the long list of no-nos. CBD can help countless New Yorkers dealing with pain, inflammation, addiction, and more, but it seems until they can find a way to permit and tax CBD activity, they’d rather partially withhold it from the public.

It’s no secret that NYC is a deeply capitalist city, and CBD entrepreneur and restaurateurRon Silverused this angle to plea to the better senses of the metropolis’ financial sector. He opines forCrain’s Business New York, “If New York wants to compete in the most exciting growth industry in our lifetime, we must adopt a robust and affirmative stance on hemp-based extracts and CBD in foods and supplements.”

There are few things cherished in NYC more than the mighty dollar, and ignoring this multibillion dollar pocket of growth that is happening right now- not just a projection- is done at the peril of those who can’t accept cannabis’ place in our future.

Silver continues, “The informed public wants this product. And will get it. The smart localities will welcome it and reap the rewards in their tax base (or lose out, period). The market is moving and it is up to the local regulators to decide if they want to thrive with the industry or not. Because the industry will thrive; it will just relocate to where it is welcome.”

Next Cannex Signs Agreement to Acquire California Based Pure Ratios 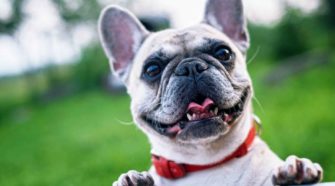 What CBD Oil Can Do for Pets