Understanding the way cannabinoids work can be a difficult subject to wrap your head around. However, with novel research emerging year by year, we are able to connect more dots to create a picture of their therapeutic effects. And as we keep our eyes peeled for new discoveries in the field, one particular cannabinoid seems to be grabbing most of the attention for itself. Of course, we’re talking about CBD (cannabidiol).

From a mood enhancer to a stress-relief supplement and a brain protector, CBD’s vast applications seem never-ending. What’s even more fascinating is the harmless, non-euphoric way in which CBD interacts with our brains and bodies. Stick with us to find out how CBD affects your brain.

The Endocannabinoid System and Homeostasis

Did you know we all produce cannabinoids naturally? These compounds (also called endocannabinoids) are involved in regulating everything from our moods to vital conditions. They travel and work through a designated network in our bodies: the endocannabinoid system (ECS).

Your body’s ECS is a system of branched cannabinoid receptors that interact with cannabinoids (both autogenic and plant-derived) to influence physiological processes through chemical stimuli. It all sounds very complicated, but think about it this way: your memory, mood, appetite, pain management, and other important functions are regulated by the ECS. When one of these functions is out of balance, your body naturally synthesizes the cannabinoids it needs to retrieve homeostasis.

Simply put, cannabinoids maintain a stable internal environment within our bodies through a process called homeostasis, which happens on a cellular level with every organ, tissue, and system contributing to its functioning.

The problem arises when your body struggles to produce enough cannabinoids, a condition called clinical endocannabinoid deficiency. In these cases, researchers have found that supplementation with naturally occurring cannabinoids can help improve the condition. Of the more than 100 plant cannabinoids, CBD (cannabidiol), second only to THC in abundance, has attracted the most attention for its medical applications.

When we talk about the benefits of CBD and its potential to maintain homeostasis and improve our health, we are referring to the compound’s ability to influence the ECS. Unlike THC, CBD is non-intoxicating and comes without the “high,” making the compound even more interesting as a therapeutic agent.

How CBD Interacts with the ECS

You may be wondering why CBD doesn’t get its users high. While THC binds directly to the body’s cannabinoid receptors, mimicking its naturally produced molecules, CBD has a different way of encouraging your system to supplement its own production. Instead of activating the main cannabinoid receptors, CB1 and CB2, CBD indirectly stimulates their signaling. (1)

These receptors are important parts of your ECS, with CB1 found mostly in your brain (central nervous system), but also in your lungs, kidneys, and liver. CB2 is expressed mostly in your body and is linked to the prevention of oxidative damage. Together, these receptors regulate different bodily processes, including moods, metabolism, and immune functions, among many others. When you consume CBD, you are supporting the receptors’ activity and your body’s naturally occurring system. (2)

For example, one of the ways in which CBD can affect the ECS to make you feel good is by inhibiting the enzyme in charge of anandamide breakdown-FAAH. Anandamide is the body’s own version of a cannabinoid, and it has been vigorously studied for its role in provoking bliss, happiness, and a sense of wellbeing. Scientists even claim anandamide induces a “runner’s high,” a buzz previously solely attributed to an endorphin rush. (3, 4)

CBD and Other Receptor Systems

It gets even more fascinating. CBD also interacts with non-cannabinoid receptor systems. Once it’s in your bloodstream, CBD reaches the brain to impact neurons with a matching molecular structure. Some of these include your opioid receptors (hence the compound’s notable role in pain regulation) and dopamine receptors (involving motivation, aspects of behavior, and cognition). (5, 6)

A healthy brain produces the right amount of neurotransmitters that keep our moods regulated and stabilized. Several kinds of neurotransmitters that play a role in regulating moods have been identified by researchers. You may have heard of serotonin and dopamine. These two chemicals are present in lower levels when you’re feeling under the weather.

To address the problem of the most severe cases, drugs with the ability to increase neurotransmitter levels have been developed and prescribed to patients. They block the reuptake of serotonin in the brain and increase its levels in the synaptic space, thus sparking new neuron connections (neurogenesis) and, in many cases, resulting in an improved mood. However, pharmaceuticals aren’t the only agents with this ability-CBD has been proven to have similar effects, too. (7, 8) Here are a few more ways CBD affects brain function:

CBD’s therapeutic potential regarding low moods, stress, and addiction problems is linked mostly with its effect on the serotonin system. One study found that CBD may help boost signaling through serotonin receptors and affect the neurotransmitter faster than than some selective serotonin reuptake inhibitors (SSRIs). (9)

In mice models, CBD’s effect on the brain has been proven to reduce stress and improve mood. The precise pathway appears to be the CBD’s ability to act as a 5HT1A agonist (activator). (10)

It all seems a little complicated, but here’s the gist of it: CBD promotes activity of 5HT1A, a subtype of a serotonin receptor. Under the influence of CBD, your brain is able to transmit more serotonin and glutamate signals and allow for branching and creation of new neurons (neurogenesis)-changes that are linked with improved mood and reduced stress. (11)

CBD has also been heavily explored for its neuroprotective properties. Sometimes your brain cells fire rapidly for all the right reasons. However, when this action is disrupted and neurons begin to fire repeatedly, they can get damaged or die. Similarly, even though your brain is always hungry for air, neurons can get damaged if their oxidation levels are out of whack.

Studies have shown CBD protects the brain from both excessive neural activity (excitotoxicity) and oxidative stress. (12, 13) We cannot pinpoint the exact mechanism of action with certainty, but the activation and upregulation of the CB2 receptors and stimulation of the 5HT1A receptors are believed to play a role.

Stress is completely natural. In fact, a moderate amount of stress is healthy; it keeps us safe and aware of hazards. When you are facing a dangerous situation, like crossing a busy road, your body secretes adrenaline and cortisol to help you avoid dangers. (14) This “fight or flight” instinct is instilled in all humans and animals. It’s a physiological response that plays an integral role in our bodies.

It has to do a lot with how we process our surroundings and how they influence our emotions. Sometimes, causes of stress (stressors) become too overwhelming and negatively affect our health. Simply put, fear of workload, bankruptcy, social embarrassment, and even the fear of fear itself can lead to stress response dysfunctioning of certain brain areas. (15)

How does CBD work in this instance? It is still unclear. The compound seems to affect the blood flow of the amygdala, a specific part of your brain thought to be responsible for triggering fear and anxiety.

This mass of gray matter is activated when your survival instincts are stimulated and is thought to play a key role in processing memory of emotion-fear, in particular. Simply put, the amygdala is the reason we are afraid of things outside of our control. CBD has been observed to reduce activity in the amygdala, which is what scientists believe is the cause of its anxiolytic properties. (16, 17)

If you are planning on using CBD to improve your mood and take the edge off, it’s best to start with a small amount and work your way up until you find the level that works for you. Most products will come with a serving size on the packaging.

CBD products come in different strengths and are available in a range of formats. Tinctures and concentrates containing CBD-rich hemp oil, for example, are some of the strongest forms and are easily measurable and quick to start working.

Also, the way in which you ingest CBD can drastically predict how much of the compound will actually affect your body (a property called bioavailability). For example, if you take 100 milligrams of CBD oil orally, only 15 milligrams of the cannabinoid will actually reach your bloodstream. Why? Well, CBD is hydrophobic, meaning it doesn’t really mix well with water. In your system, instead of staying in the bloodstream, it prefers to accumulate in the fatty tissue. (18)

Moreover, after oral consumption, CBD travels to your liver. Here the chemical will undergo the “first-pass effect.” This phenomenon describes the liver’s tendency to reduce the concentration of bioactive compounds through either chemical breakdown or absorption. (19)

Should you be vaping CBD? In theory, it makes sense. During vaporization, CBD diffuses directly into your bloodstream through the lungs, instead of going through the digestive system and liver. This increases its bioavailability to an average of 35 percent. (20) Of course, embracing the vape life sometimes isn’t an option, and it can be difficult to find a clear, homogeneous CBD vape solution, like the ones distributed by Healthy Hemp Oil.

The Future of CBD & Your Brain

The precise way in which CBD works is yet to be determined. What we know so far is only a glimpse into its positive effects. However, the collective research shows this sedative cannabinoid may potentially be as effective as drugs like Valium (diazepam). (21, 22)

It’s worth noting that these changes occur at high levels of consumption and over a prolonged period of time. Again, because these studies have been conducted on animals, it is hard to predict CBD’s positive effects on human mental health. Nevertheless, CBD appears to promote the formation of new neurons in the hippocampus area of the brain, which leaves us with high hopes for its future applications. (23, 24)

We can now conclude that, among other effects, CBD in higher serving sizes stimulates:

Think of CBD as THC’s responsible older brother-it comes without the psychoactive properties and doesn’t cause you to get high. Recently, CBD appears to have seized researchers’ focus for its medical applications. Its potential roles range from a stress-relief supplement to a valuable neuroprotective agent, and only time will tell how effective this cannabinoid can truly be in helping people live a happier, more stress-free life.

Next Tuatara Capital Finalizes the Acquisition of Connecticut Pharmaceutical Solutions, a Leading ... 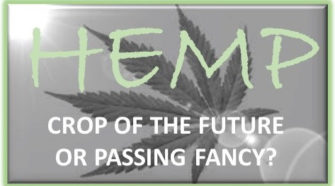