This year, to celebrate its 63rd​ anniversary, it is turning the table and launching a new snack based on its best-selling Curry’O Puff.

According to the company, Curry Puff Flavor Potato Chips are made with the same ingredients that go into a Curry’O Puff (like potatoes and curry spices), and are ‘deliciously addictive, crunchy, buttery and full of familiar flavors.’

Each pack has an RRP of $1.20 and is available from all Old Chang Kee outlets islandwide from September 15.

Founder Lucy Wager, who launched the gluten-, dairy-, egg- and nut-free brand in 2012, said the NPDs took a year to launch.

“It took 12 months of testing various ingredients to find the best texture and flavor for the cheesecakes plus one of the hardest challenges was achieving the shelf life to make the products viable,” ​said Wager.

“We have performed over 10 trials of each of the two SKUs, which is unheard of for Pudology.  With our other desserts I perfected the recipes in the kitchen and scaled them up over time the recipes are still unchanged from my very first benchtop versions – some processes have evolved but the quantities and ingredients are exactly the same.”​

Each pack contains two 70g cheesecakes, with an RRP of £2.50 per pack.

Kellogg-owned fast-selling snack brand RXBAR is expanding into the hot cereal sector with the launch of RX A.M. Oats.

The cereals – packed in single-serve cups and prepared quickly and easily with hot water in the microwave or as overnight oats – contain gluten-free oats, egg whites, dates and nuts. Each cup provides 12g of protein and 6g of fiber.

According to maker Mars, Inc., Cookies & Creme Twix will be returning to shelves early next year.

Cookies & Creme Twix bars were a thing in the early 1990s, but only existed for a few years before the company retired the option.

Now on popular demand, Twix will be releasing a mini version of the former fan-favorite: two chocolate cookie wafers with a crème filling with bits of chocolate cookie, coated in milk chocolate.

French pâtissier Tipiak has unveiled a new selection of fruity macarons for the UK foodservice sector.

They’re also vegan and gluten-free, and, according to the company, currently the only gluten-free authentic French macarons available widescale to the UK hospitality sector.

It also claims the macarons have a significantly higher almond content than others on the market, which give them a distinctive flavor, make them less sweet, as well as less brittle and fragile.

“Macarons are now a must-serve ingredient on any afternoon tea menu, as well as being popular accompaniments to coffee or as a sweet buffet option. Macarons are also used as decorations or as key ingredients in desserts and freakshakes and can even be served as wedding favors.”​

The Pop Macarons Fruits are produced in France and are available frozen in packs of 36.

The frozen bites are hitting stores across the US with an RRP of $8.79 a bag.

Nestlé Toll House has launched the Artisan Collection for home bakers looking to elevate their baking.

The products are UTZ certified, meaning the cacao is sourced locally and sustainably through the Ghana Cocoa Board, featuring a rich chocolate flavor and roasted notes, pairing well with cinnamon, speculoos, maple, honey, caramel, almonds and walnuts.

“Cocoa beans are the top agricultural export from Ghana, its rich soil is ideal for growing the intensely aromatic cocoa that is captured in these new premium baking chips,”​ said Ruth Braden, associate marketing manager for Nestlé Toll House.

Available in the baking aisle at national and selected regional chains through the UK with an RRP of $3.69.

Hemp seed snack company Eaton Hemp has launched a line of toasted Super Seeds ($19.99/8-pack) and Super Squares ($7.99), both made with organic hemp seed grown on its farm in New York. The company has also built a network of farms across the US in an attempt to use hemp to help rehabilitate America’s agricultural landscape.

Whole hemp seeds (with crunchy hull) – considered by many as the most nutritionally dense food on the plant – pack a punch of plant-based protein and prebiotic fiber. Hemp also contains nine essential amino acids in the ideal omega 3:6 ratio.

Eaton Hemp’s snacks consist of whole hemp seeds, are free of added sugars and preservatives and come in flavors like Maple Cinnamon and Cashew Coconut Mango.

In the coming months, it plans to add a Chocolate Sea Salt flavor, single-serve Super Squares and a full line of Full Spectrum CBD products.

Available online, and in selected Fairway, Whole Foods and health food stores across the US.

Naturipe Farms – grower-owned producer and marketer of berries and avos – is taking its snacks to the next level by pairing its premium berries with fruit, cheese and nuts in portable packs.

Naturipe Snack packs are packed with protein, fiber, vitamin C and calcium, and can be enjoyed anytime and anywhere.

“Providing the freshest berries has always been our priority, but we realize that consumers today are looking for more than just fruit. They want a balanced, nutrient-rich snack. That’s why we’ve added protein and dairy sources to this next generation of Naturipe Snacks,”​ said Steven Ware, vice president and GM of Naturipe Snacks.

The snacks are available at Giant-Eagle, Kroger and H-E-B across the US.

Next Is Hemp a Safer Way to Invest in the Cannabis Industry? - Motley Fool 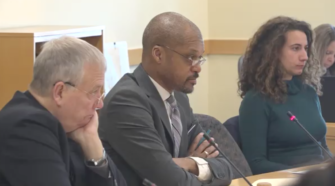