Charlotte’s Web holds an iconic status in the emergent cannabis industry. Not only is it a popular CBD-dominant strain that has helped countless young patients as an epilepsy treatment, but this plant variety became a figurehead, in a way, for the legalization of medical cannabis after its appearance in CNN’s Weed series.

In 2014, one year after the debut of Weed, the Stanley brothers committed to keeping Charlotte’s Web beneath the 0.3-percent THC threshold—effectively developing it into a hemp cultivar. This was around the same time that the 2014 Farm Bill legalized hemp cultivation in a limited scope, paving the way for its full federal legalization four years later.

And here we are, with a legal U.S. hemp industry and the first patented hemp plant variety—a plant called “CW2A.”

According to the U.S. Patent and Trademark Office, Joel Stanley filed the patent application in May 2018 on behalf of his company, also named Charlotte’s Web. In the public documents, Stanley described a plant type capable of producing 6.24-percent CBD content and 0.27-percent THC content.

“The new cultivar of ‘CW2A’ was asexually reproduced via stem cuttings from vegetative and/or flowering plants, and cloning by the inventor at the inventor’s greenhouses, nurseries, fields and/or facilities in Colorado Springs, Colo., and Wray, Colo.,” according to the patent. “Asexual clones from the original source have been tested in greenhouses, nurseries, and/or fields. The properties of each clone from this cultivar were found to be transmissible by such asexual reproduction. The cultivar is stable and reproduces true to type in successive generations of asexual reproduction.”

The patent was approved in July 2019.

So, what does that mean for the hemp industry?

On one hand, we’d eventually see the first hemp plant variety patent issued by the federal government. Now that the industry is legal in the U.S., it stands to reason that some form of intellectual property protection—even by the simple act of staking a claim on a single plant variety—is a part of the overall market maturity process. Charlotte’s Web has been a visible presence in the hemp market for years now; much like the company has developed best practices followed by other hemp businesses, this patent may guide other businesses in their own IP endeavors.

Read the full patent document below.

And as we’re seeing with the 2019 harvest season, “hot” crops are a major problem in the industry. Crops that test above that 0.3-percent THC limit must be destroyed, according to most state statutes, and so one of the important educational trends in the business right now is to identify reliable hemp varieties that won’t leap past that threshold when it comes time to test and cut the crop. As the industry matures over these next few years, it may come to pass that clone stock becomes a more vital part of a grower’s arsenal.

Because of the nature of plant variety patents, intellectual property protection isn’t necessarily the main goal. Any infringement claims could only come about through unapproved cloning—which is to say outright theft of the plant’s genetic material. But could Charlotte’s Web sell clones on the open market, as Front Range Biosciences does through its Clean Stock program?

“While a plant patent covering a commercially valuable strain for cloning purposes certainly has value, its scope is bounded to the genetics of the patented plant and leaves room for sexual reproduction (e.g., seed farming),” Sterne Kessler attorneys Pauline Pelletier and Deborah Sterling wrote in a recent blog post. “By contrast, a utility patent covering a non-naturally occurring strain, where the claim is defined in terms of the plant’s novel characteristics could make the avoidance of infringement more difficult and thus serve as stronger patent protection.”

Next Industry to USDA: Where are the federal regulations? - Hemp Industry Daily

Our Top Cannabis Picks For 2019 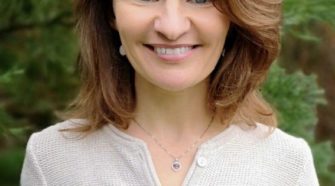 CBD And Hemp May Be Legal But Discrimination Continues – Forbes