BOISE — Attorneys representing a Colorado-based company suing the Idaho State Police for seizing a shipment of hemp in January are pointing to new federal rules governing hemp production and transport to bolster their legal arguments.

The new rules also mean the Ada County Prosecutor’s Office will not prosecute people who are transporting hemp grown under 2014 and 2018 federal legislation in states where it is legal to do so, provided there is full compliance with the rules and proper documentation.

Big Sky Scientific is roughly 10 months into its lawsuit against ISP, after police in January seized 6,701 pounds of hemp the company had bought and was transporting through Idaho. Portland trucker Denis Palamarchuk, 38, was transporting the hemp for Big Sky, from an Oregon farm to Colorado, when he stopped in Ada County and troopers seized the shipment and arrested him.

They did so because hemp, under Idaho law, is legally considered marijuana. Hemp, like marijuana, is a strain of cannabis, and often contains small amounts of tetrahydrocannabinol, the compound in marijuana that creates a high. Under the 2018 Farm Bill, hemp is legal, and must contain 0.3 percent or less THC, which is not enough to produce a high. Industrial hemp is legal in some capacity in almost every state in the country, and is used in everything from rope to lotion to beer.

While Palamarchuk was originally charged with trafficking marijuana — a felony carrying a mandatory five years in prison given the amount of the plant he had — prosecutors later made an agreement with him by which he pleaded to possessing a faulty bill of lading instead, which is a misdemeanor.

ISP, however, has not returned the $1.3 million worth of hemp to Big Sky Scientific, prompting the lawsuit. The company’s attorneys, in an Oct. 30 motion, invoked a new set of interim rules governing the hemp industry the U.S. Department of Agriculture published last month, saying those rules make the seizure of the hemp illegal.

Scott Graf, spokesman for the Idaho Office of the Attorney General, told the Idaho Press he could not comment on the case, since it is still pending.

In 2014, the federal government allowed hemp pilot programs to be established at the state level, and farmers began to cultivate the crop. After President Trump signed the 2018 Farm Bill, hemp became legal at the federal level — although it is still illegal under Idaho law. The 2018 Farm Bill included a section called “Subtitle G,” that called for states to establish their own hemp-growing programs if they so desired. States were to submit their plans to the federal government for approval.

The new interim rules, released in October, offer states a road map to submit those plans. Much of the rules are not currently germane to Idaho, since the state is one of only a handful without a hemp program or immediate plans to establish one — efforts to legalize the crop were unsuccessful in the 2019 legislative session. The Ada County Prosecutor’s Office has in the past held that until those programs are set up and approved by the federal government, there is no legal hemp in the country.

Portions of the new rules speak to the interstate transport of hemp, a topic very much at issue in Idaho politics. Elijah Watkins, the attorney representing Big Sky Scientific in the lawsuit against the Idaho State Police, said he believes those portions require states to allow hemp to be transported across their borders if it was grown under the 2014 pilot programs, as Big Sky Scientific’s hemp was.

“No State or Indian Tribe may prohibit the transportation or shipment of hemp or hemp products lawfully produced…under (the 2014 Farm Bill pilot programs) through the State or territory of the Indian Tribe, as applicable,” the new rules read.

These new rules are the first to reference the 2014 Farm Bill specifically, according to Scott Bandy, Ada County’s chief criminal deputy prosecuting attorney,

“The 2018 Farm Bill did not include that language,” he said.

Bethany Calley, spokeswoman for the Ada County Prosecutor’s Office, said prosecutors will evaluate any future hemp-related cases on a case-by-case basis. If those transporting hemp through the state have the necessary documentation proving the hemp being transported was produced in accordance with either the 2014 pilot programs or the 2018 Farm Bill, they will not be prosecuted, she said. That’s a result of the USDA’s new rules.

Bandy said the office would track which states establish programs under the new regulations. In the future, if a person is transporting hemp through the county and that hemp was produced under a federally approved state plan, and the person can prove it, they will not be prosecuted, he said.

“It has been our hope to see such a regulatory system in place so those with an interest in transportation and/or shipping through Idaho are not at risk of violating Idaho’s law,” he said in an email.

Meanwhile, in the lawsuit involving Big Sky Scientific, the company’s lawyers have listed the new rules as a “supplemental authority” — meaning the attorneys believe the rules can help a judge make a decision in the case. The case’s next hearing is scheduled for Friday. 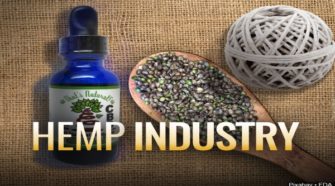