In their fifth year, Rochelle and Peter Koch of Whole Circle Farms in Silverton, Ore., are among the Willamette Valley’s hemp farming pioneers.

They were so early, in fact, that there was no market that first year. Not knowing what to do with 1,000 hemp plants, the Kochs went into their kitchen and started experimenting with CBD edibles — namely, gummies.

They gave them to friends and when they kept hearing how they had eased back pain, anxiety, arthritis and other conditions, they knew they were onto something and stuck with it.

“We grow it, strip it by hand, dry it in our facility and then a large percentage goes to smoke shops,” Rochelle Koch said. Their other products include CBD oil, tea and topical gel, which Rochelle describes as “almost a miracle drug.”

With the passage of the 2018 Farm Bill making hemp a commodity crop, folks from every walk of life jumped on board.

“We only grow 7,500 plants but we’ve been around since the beginning,” Rochelle said. “We know of really big farms that haven’t sold a penny of what they grew this year.”

The Kochs had already developed a good trade between farmers markets, smoke shops and online sales, though some things they learned the hard way. Many new farmers who thought they had an end-product buyer found out how quickly things can fall apart.

“If you get into the business of hemp, you buy the most expensive b——t meter you can afford and keep it on you at all times because it vibrates quite often,” Peter Koch said. “I’ve never seen anything like it in my life. These guys are like used car salesmen on steroids.”

Meanwhile, the potential of hemp fiber goes untapped. A mainstay 80 years ago, World War II farmers were enlisted to produce hemp for the troops. Ships’ ropes and rigging; soldiers’ uniforms, backpacks and shoes were all crafted from it.

“Around 1952 the oil companies lobbied it out and made it a restricted drug,” Peter explained. “Plastics, pulp and paper, building materials; anything you can do with petroleum you can do with hemp. The fiber side of this is phenomenal but we don’t have a single facility in the country.”

Beginning Oct. 31, the federal government is imposing stricter rules on hemp, including THC restrictions that may render some CBD varieties useless.

Enter CBG or cannabigerol, a plant with very little THC and a whole lot of promise.

“We’ve had some doctors get in touch with us two and three years ago asking if we could get CBG because it was shrinking tumors and helping patients through cancer treatment,” Rochelle said, adding that it took two years to get her hands on CBG seeds. They cost twice as much as their counterparts, but she believes CBG is tomorrow’s new and improved CBD.

“We’ll have big challenges to stay in business but with our commitment to local organic farming, careful extraction processes and pure product we’re in it for the long haul,” Rochelle said. “We believe that quality has a place over quantity and our sales have shown this time and again.” 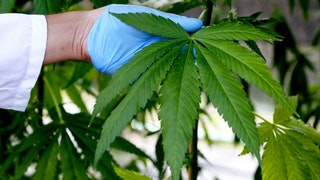