Cupples and his wife, Carrie, are adamant about buying fresh produce grown near their home in Springfield, Ore., at the southern end of the Willamette Valley. The couple eats “in season” as much as possible, meaning whatever fruits and vegetables are ready to harvest, that’s what’s for dinner.

“We had an interest in what was growing around us, how we could buy those products and keeping track of what we really enjoyed,” Cupples said.

But tracking down locally grown food could be challenging. There was no central, all-inclusive database showing where farms are, what they sell and how to buy it. Cupples, an entrepreneur who describes himself as a technologist, wanted to change that.

Partnering with Chris Styles, a software engineer from Wren, Ore., Cupples helped build All The Farms, a website where visitors can enter their home address and pull up a list of neighboring farms complete with map, contact information and short bios about each business.

For environmentally minded consumers, searches can also be tailored to meet certain farming practices such as no-till and cover crops. The site went online last September, and Cupples said about 200 Oregon farms are now featured in the database.

“I enjoy building, as much as possible, inclusive products that are in the data world,” he said.

Before Cupples shifted to agriculture technology, he focused on the world of politics.

He grew up across the Hudson River from New York and moved to Oregon in 2006 to finish his bachelor’s degree in political science at the University of Oregon. After graduating, Cupples spent time working with Habitat for Humanity of Central Lane County and then as director of the Springfield Museum.

What he really wanted, however, was to run his own business. The turning point came in 2013, when he attended a Startup Weekend event in Portland, hosted by Google. The goal was to help techies and developers pitch ideas for startup companies, network with partners and develop a working prototype.

Cupples’ idea — a precursor to All The Farms — was a similar website where people could enter their home address and find their closest elected officials, from state legislators to city council and school board members. He hoped the database would inspire more people to run for office.

“There should be an easy tool, where you enter your address and see who your local representatives are,” Cupples explained.

Through the Startup Weekend, Cupples connected with engineering students at Portland State University who agreed to work with him on a capstone project. The idea went national after he took it to Silicon Valley, where he was later introduced to a Los Angeles-based political software company called NationBuilder.

The platform, named Run For Office, went live in 2006. It now lists over 150,000 political offices across the country.

“From that point on, I really started learning more and more about technology,” Cupples said. “Not being an engineer … you have to approach it with a lot of humility, and ask questions that make you seem like one of the lesser experienced people in the room.”

The success of Run For Office inspired All The Farms, which has in turn inspired a pair of new farm-based products using blockchain,  the online tool best known for  cryptocurrencies such as Bitcoin that is being adapted to manage supply chains.

Blockchain works as a digital ledger shared over a network of computers that records every transaction in a supply chain. Each “block” of data is linked together, creating a “chain” of information that allows anyone to instantly track a commodity back to its original source.

In agriculture, that means anyone with access can trace crops from the farm to supermarket shelves, potentially identifying the source of a food-borne illness in minutes rather than days or weeks.

Food safety is not the only way farmers can benefit from blockchain. Inspired by a 2019 meeting hosted by the National Wildlife Federation, Cupples began working with Oregon State University on AgCheck, flying drones over farms and uploading the images to blockchain to verify that growers are following organic and sustainable practices that add value to their crops.

“The stakes are high in this scenario because there is money and credibility on the line,” Cupples said. “There have been many claims of farming methods that have not been true.”

Cupples said a prototype for AgCheck should be completed by the end of April. A test flight was made last year at Moondog’s Farm in Marcola, Ore., with a handful of students from Lane Community College.

At the same time, Cupples and OSU are developing another blockchain platform called HempCheck, which would allow hemp seed farmers to post information on blockchain related to their crops. Labs would also be able to certify that documents posted were accurate.

Stable and proven genetics is crucial for hemp farmers so they do not run afoul of state and federal laws, such as exceeding the 0.3% limit of tetrahydrocannabinol, or THC. Cupples said HempCheck can help growers avoid purchasing fraudulent seed and protect their investment.

“Good hemp seeds are commonly around $1 each, which means a bag of hemp seeds will be one of the biggest investments that the farmer makes,” he said.

Cupples said the team will formally begin the HempCheck service in early June for specific lots of seed grown by High Grade Hemp Seed, and hope to have it available to the public by August.

“There’s nowhere else I’d rather be than working with agriculture and technology,” he said. “I find it meaningful to local economies, developing products, along with their feedback, that’s going to help grow their business.” 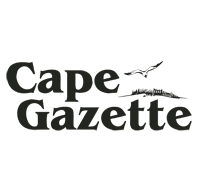