The head of the United Nations narcotics enforcement agency questioned whether international drug control conventions are out of date while presenting the International Narcotics Control Board’s 2019 report this week.

INCB President Cornelis P. de Joncheere talked about cannabis and synthetic drugs and pointed to “fundamental issues around the conventions” and then asked if “we need new alternative instruments” to deal with drug-related problems.

MJBizDaily takeaway: International drug conventions are still the cornerstone of drug control across the globe. And since cannabis is scheduled in the most controlled category of worldwide treaties, this doesn’t help governments that want to liberalize their marijuana laws.

While an update to international law is still not on the horizon, the INCB chief’s presentation gives hope to those who want to loosen international cannabis laws.

The timing of his declarations couldn’t have been better. Next week in Vienna, members of the Commission on Narcotics Drugs will debate cannabis scheduling.

How will coronavirus outbreak impact the cannabis industry?

Coronavirus will likely have both positive and negative impacts on the U.S. marijuana sector, experts say.

Most of the downside for the industry will stem from shortages of Chinese-supplied products such as vape hardware, packaging and raw hemp as well as the shock the virus is inflicting on the global economy and financial markets.

However, U.S.-based cannabis companies that step up to fill the void left by Chinese manufacturers could see an uptick in sales in the short term and might lay the groundwork for longer-term business relationships.

MJBizDaily takeaway: Many impacts on the cannabis industry likely won’t reveal themselves for at least another month, according to industry watchers.

One area to keep a close eye on is how investors react – even as marijuana companies struggle with an already-tight funding climate.

It’s feasible that many investors will continue to run scared for now since they seem to be pulling their money out of securities markets across the board.

Federal agriculture authorities loosened THC testing rules on hemp this week, delaying a requirement that hemp producers use labs certified by the U.S. Drug Enforcement Administration until the 2021 season.

The DEA requirement would have cut most current cannabis testing labs out of the hemp industry because the agency won’t certify facilities now operating in many states with existing marijuana industries.

MJBizDaily takeaway: The delay presents a huge opportunity for labs currently testing marijuana for potency and purity in states where MJ is legal.

That’s because those same labs are well positioned to offer THC testing services to the fast-growing hemp industry, where operators have a narrow 15-day window to show that their hemp meets federal THC limits.

The bill went back to the state Senate to resolve taxation and other differences between the House and Senate versions.

However, Gov. Phil Scott would need to sign the bill into law, and it’s still unclear if he will. He previously indicated he would support the measure only if it addresses his concerns – such as protecting public safety.

However, the California-based company also reported that its second-quarter revenues of $44.1 million rose 49.8% from $29.42 million a year earlier.

MJBizDaily takeaway: Industry analysts suggest the company has a tough road ahead toward profitability without selling off assets since the investor market is so tight.

California-based Eaze, which is a big name in the state’s cannabis delivery space, said it raised $35 million as it aims to become a vertically integrated company and launch its own marijuana retail brands.

MJBizDaily takeaway: The raise comes after the company laid off about 20% of its workforce last October.

The potential pivot to vertical integration is a big decision, and some industry watchers are wary if the move involves a well-founded and sustainable business plan. How Eaze’s plan plays out remains to be seen.

Previous Commercial hemp around the corner in Florida - The Ledger

Next What's Next For The Hemp Business? - WUTC

Cream of the crops – Mail Tribune 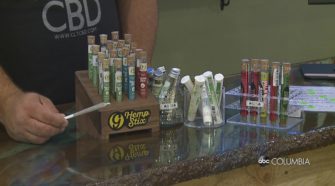