Only a week after becoming the largest industrial nation to fully legalise weed, Canada is already experiencing cannabis shortages.

Last Wednesday – Canada’s blazing day of legalisation – hundreds lined the streets to buy the stuff at newly legal weed shops, with at least 111 stores expected to open across the country.

In Toronto, people smoked joints as soon as they got out of bed in a “wake and bake” celebration. In Alberta, a government website that sells pot crashed when too many people tried to place orders.

This heightened demand, in turn, is driving substantial marijuana shortages which are being reported in a number of Canadian provinces, with store owners saying that they’re struggling to order more. This strain on supply could be tightened still by even more stores opening in the new year.

A week after the opening of its first 12 brick and mortar stores and online store, the SQDC (Socie?te? que?be?coise du cannabis) says 138,150 people have purchased cannabis, with more than 60% of those sales being in person. The SQDC expects it will continue to have supply problems for several quarters as the budding legal pot industry matures and grows to cope with demand.

Given these tensions, the fact that Canadian pot-stocks movements have been wildly erratic comes as no surprise – not that volatility is novel when it comes to pot-stocks in general.

A lacklustre time for Canadian pot-stocks

This week, Edmonton-based Aurora Cannabis (TSX:ACB | NYSE:ACB) joined a select crop of Canadian pot-stocks when it began trading on the New York Stock Exchange. Ontario-based Aphria (TSE:APH) filed last week to do the same, but hasn’t yet set a date for its trading debut.

The two follow Canopy Growth (NYSE:CGC | TSX:WEED) and Cronos Group (TSX:CRON | NASDAQ:CRON) in dual-listing on both the Toronto Stock Exchange and a US exchange. Tilray (NASDAQ:TLRY), which trades on the NASDAQ, is somewhat unique in not also having a Canadian listing.

Aurora’s NYSE debut, however, was something of a buzzkill. Shares fell close to 15% through the day before recovering as the market closed. Tilray and Canopy Growth also fell around 2% on Tuesday. Right now, Tilray is the heaviest Canadian player with a market cap of C$9.9 billion.

The North American Marijuana Index, which tracks leading cannabis stocks in the US and Canada, is currently up 125% over the past year. The past month, however, has been akin to the pot-stock equivalent of Mr. Toad’s Wild Ride:

ASX pot-stocks have been recently awash in news flow, but few are on highs – although it should be noted that ASX small-caps in general have taken a beating this week.

Cann Group (ASX:CAN) plummeted 14% this week after announcing it had penned a three-year research deal extension with CSIRO. CAN hasn’t updated the market on its construction progress at its Melbourne Airport project, and investors may have felt the sting. CAN has since began on the road to recovery, currently at $2.23.

On the up has been investment group BPH Energy (ASX:BPH) – not as yet a pot-stock per se – although it this week admitted it’s raising capital to invest in pot. This announcement came on the back of a “please explain” speeding ticket from the ASX.

Meanwhile, Edison Investment Research has put a $140 million price tag on diversified pot-stock, MGC Pharma (ASX:MCX) – that works out to be around $0.11 per share. MXC is currently sitting at around $0.06.

According to Edison, the sales of flowers and resin from MXC’s cannabis-growing operations contributes over 60% of that valuation, with the company’s CannEpil and CogniCann registered pharmaceutical products providing potential upside.

Volatility par for the course

Pot-stocks in general have been steadily declining for more than a week, although volatility is nothing new – or, arguably, even especially worrying – in the nascent cannabis space. In fact, it’s volatility that offers opportunities to buy in at a reasonable price.

One reason for the Canadian sell-off could be that the industry was somewhat ill-prepared for legalisation – evidenced by the fact that dispensaries were already running out of weed by day two.

Similarly, a Bank of Montreal executive who’s led some of the biggest deals in the cannabis space says that pot-stocks will remain volatile and supply challenged as the still-maturing industry struggles to find stability.

“The share price volatility you’re watching is going to continue and it’s going to impact where we’re going,” Dan Barclay, co-head of global investment and corporate banking at BMO Capital Markets, said on Wednesday. “Until you get to stability, which is probably two to four years from now, you don’t really know what the business is.”

Barclay said the weed industry is an “an evolving market,” with changes to business models, clients and pricing expected in the foreseeable future. He noted that the sector also faces excess supply in the long term.

For Barclay, the next shift in this sector will be moving away from producers and more toward other components of the industry-serving “value chain” such as pharmaceuticals, specialty brands, logistics companies and those involved in retailing.

Cowen analyst and cannabis bull Vivien Azer is rather more upbeat. “In the fast-evolving cannabis sector, dynamics can change quickly. The most recent example is beverage companies taking stakes in cannabis companies,” Azer said in a research note earlier this month.

“While that dynamic was not completely unexpected, the timing of it perhaps was, and served as a fresh catalyst for the stocks.”

Azer added that Canada’s then-upcoming legalisation – as well as the UK’s legalisation of medical use in November – have also sparked interest in the space, especially among retail investors.

Of course, with fresh markets and disruption comes a side-order of volatility – it’s a “natural occurrence,” Azer said.

Largest industrial hemp processing facility in the U.S. to be built in Shallowater – KLTV 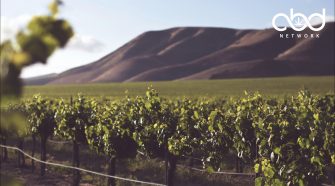