In a couple of months, Louisiana will begin handing out its first licenses to farmers to grow hemp, the nonpsychoactive cousin of marijuana that became legal after a series of moves by federal and state lawmakers over the past year amid an explosion in demand for CBD products that have become common across the U.S.

The prospect of hemp as a new source of income has enticed farmers here, especially those who have suffered through years of trade disputes that have tanked demand for commodities like soybeans.

Roy McIntyre, a Delhi farmer who grows soybeans and corn and grazes cattle, said he’s had a tough few years amid the Trump administration’s trade war with China, which has led to a dramatic drop in demand for soybeans. But next year, he plans to start growing a small amount of hemp and hopes to eventually embrace the crop as a significant part of his operation.

At a recent meeting about hemp hosted by the LSU AgCenter in Alexandria, 500 farmers showed up to learn more about the industry. Demand for the product is being driven in part by the rising popularity of cannabidiol, or CBD, which proponents say has health benefits and is sold in a wide range of products including tinctures, chapstick and lotion.

A company owned by a Houma family that in recent years has opened up a hemp processing plant in Colorado is bullish on Louisiana’s nascent industry — so much so that earlier this year it bought the longtime printing facility used by the Houma Courier newspaper and is turning it into a CBD extraction facility.

Michael Thompson, a principal of the company, called Courier Labs, said the firm plans to spend several million dollars building out the facility. Once it is completed, hopefully in April, the firm will start shipping in hemp from Colorado until Louisiana farmers harvest their first crop, likely in late 2020.

Farmers will mill their hemp and ship large sacks of it via truck to Courier Labs, which will turn it into hemp oil and isolate for sale to other businesses who will turn it into products like lotion and chapstick.

“With the oilfield industry the way it is now, we feel like this will be a great new tax base for the state,” Thompson, a Houma native, said in an interview. “It will help subsidize some of the fall-off of the oil industry. There’s a lot of similarities with manufacturing hemp oil and the kind of work in the oilfield down here.”

Courier Labs plans to employ a few dozen workers and make the Houma facility its headquarters.

Hemp is grown throughout the world and turned into thousands of products ranging from agricultural to automotive to food and beverage to construction uses. The plant is a relative of marijuana but with far less THC, the compound in marijuana that gets users high.

Still, Louisiana’s hemp program has reams of red tape, and officials acknowledge the industry will be regulated very tightly, at least at first. When a few dozen farmers filed into the Louisiana Department of Agriculture and Forestry headquarters recently for a rundown on how to jump through the hoops to grow hemp, they were given an hourslong presentation about how to make sure they’re in compliance with strict federal and state rules.

“Boy, we have a bunch of them,” Lester Cannon, Agriculture and Forestry’s seed programs director, said of the regulations. “We hope to deregulate some of this stuff as time goes on.”

All those rules spell risk for farmers, and many are wading into the industry gingerly. Under federal laws, farmers must keep the level of THC below 0.3%. If it creeps above that level, regulators will destroy the crop, potentially leaving farmers out a significant chunk of revenue. That has injected a good deal of risk into the industry.

“We’re trying to tell farmers, please vet whoever you’re buying your seeds from and know you’re dealing with reputable people,” McIntyre said. “If you do buy the right kind of seed and use good practices, then that (exceeding the allowed THC level) is not going to happen. But that can happen.”

Given the risks associated with growing hemp, Deliberto said many growers across the U.S. have started out growing a small number of acres. Under a pilot program passed in 2014, the federal government allowed certain states to grow hemp before the 2018 farm bill legalized it more broadly.

In Louisiana, state Rep. Clay Schexnayder sponsored a bill in the legislative session earlier this year that laid out many of the rules for farmers to grow hemp.

The growing market for CBD has driven much of the demand for hemp, Deliberto said. But farmers can grow hemp much more cheaply if they are producing it for industrial uses like rope or textiles.

“Markets and prices have not been well-established for industrial hemp,” he said. “Those returns potentially are there. They’re attractive for growers, but I think growers who are interested in that would be wise to do a small number of acres at first.” 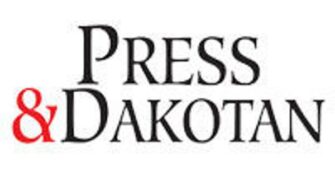