Mike Judge and co. are back for another batch of ‘Tales of The Tour Bus’ on Cinemax this November-and this time, they’re bringing the funk.

For the show’s second season, the ‘Beavis and Butt-head’ and ‘King of the Hill’creator is pivoting to funk legends George Clinton(who also serves as a producer), Rick James and Betty Davis, among others.

If it’sanything like the show’s first season, then we can expect to see a substantial helping of sex, drugs, and great music when the new season premieres on November 2.

Watch the trailer below:

Next With Legalization, Job Openings Surge in Canada's Cannabis Industry 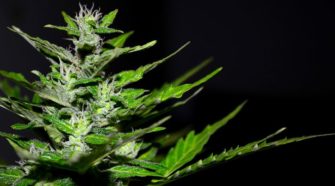