Last month marked the one-year anniversary of federal legislation that has the potential to dramatically alter for the better the U.S. agricultural landscape.

Under a provision in the 2018 Farm Bill, hemp — which has very low concentrations of tetrahydrocannabinol and won’t get anybody stoned — was no longer classified a federally illegal substance like its biological cousin marijuana.

It’s mind-boggling to think that a crop whose use by humans dates to as early as 8000 BCE and was a staple crop of plantation owners like George Washington and Thomas Jefferson, was stigmatized in the U.S. beginning in the 1930s because of paranoid anti-marijuana laws. But that stigma is finally beginning to disappear.

As CNBC reported in late May, the farm bill allows farmers and other cultivators to grow hemp and sell it to processors to make hemp-based products “ranging from foods, beverages and cosmetics to paper, clothing and building materials.”

Supporters, from left, Sen. Sam Slom, Reps. Della Au Belatti and Cynthia Thielen and Sens. Mike Gabbard and Will Espero joined Gov. David Ige on July 7, 2016, when he signed Act 228 establishing an industrial hemp pilot program in for research purposes. Hemp products were on display on the governor’s desk.

It’s easy to see why members of Congress want to help farmers in their home states. With $1.1 billion in revenue in 2018, the industrial hemp industry nationally is projected to more than double by 2022 to $2.6 billion.

Some market analysts even estimate the CBD market — a nonintoxicating cannabinoid found in cannabis and hemp whose health benefits are an ongoing matter of debate — will hit $22 billion by 2022, eventually outpacing legal marijuana. Some even predict that industrial hemp will evolve into a $500 billion global market.

It is fair to say that there appears to be golden opportunities in hemp.

“Job creation is going to happen in every economic bracket,” said one industry advocate. “The hemp industry will create high-skilled management jobs, labor-type jobs and everything in between. It’s going to touch all of society.”

All parts of society except in Hawaii, that is.

While states like Oregon and Washington have already become leaders in preparing ag industries to grow hemp crops, Gov. David Ige vetoed a bill in July that would have required the state Department of Agriculture to establish a permanent industrial hemp program and to fund it.

The governor argued that the legislation would legalize hemp cultivation without setting up effective licensing regulations and enforcement. Ige also worried in his veto intent message about “the close relationship between industrial hemp and marijuana,” which led him to insist that the state maintain “strict control” over hemp cultivation with the help of stiff penalties.

“While the rest of the country races ahead with one of the most exciting agricultural revolutions in generations, Hawaii remains stuck in the era of prohibition,” she wrote in a Community Voice.

Thielen is not alone in her views. All of her colleagues in the Hawaii Legislature voted in favor of Senate Bill 1353, and for good reason.

The bill observed that University of Hawaii research on hemp showed that there “is significant potential for a successful hemp agricultural industry in Hawaii.” Besides being a new agricultural commerce, hemp can also help remove toxins from the soil — something pretty important given Hawaii’s past agricultural operations.

SB 1353 was vetoed in the end. But, in spite of the setback, there are indications that the Legislature will again take up hemp legislation in the 2020 session that begins Jan. 15, including a push to have Hawaii submit a state plan to the U.S. Secretary of Agriculture — something that the 2019 Hawaii bill also called for.

As Civil Beat reported last month, support for new legislation comes from Kauai, where farmers and associations have found an advocate in that island’s Rep. Nadine Nakamura.

The hope is that the Legislature and Ige’s department of agriculture, health and the attorney general will work together in the new year to modify rules and restrictions on hemp in order to open markets for local farmers.

One encouraging, if modest, sign for hemp’s growing significance in the islands is Ige’s supplemental budget for fiscal year 2021. It calls for adding five permanent positions and $375,804 for the state’s Industrial Hemp Program, which is currently a pilot program in the DOA that expires in 2021.

“Public and political desire to grow hemp at a commercial level in the state of Hawaii is high, and existing personnel are not sufficient to facilitate or manage the rapid expansion of hemp growth from research pilot program to commercial production,” Ige’s budget request explains. It includes money for training, inspections, computers and the development of a E-licensure and database system.

Ige campaigned on a platform of transforming the state’s economy to become more sustainable. His administration seeks to promote economic diversification and policies that support growth.

Sign up for our FREE morning newsletter and face each day more informed.

Thanks! We’ll send you a confirmation e-mail shortly. 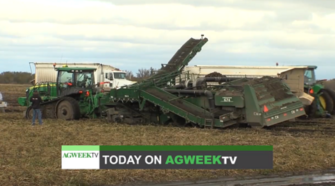