More than 200 attended the forum.

Rules governing hemp crops were published on Jan. 10 in the Texas Register and an outline of the Texas Hemp Program has been sent to the U.S. Department of Agriculture for review.

But some farmers said Wednesday they feel the proposed rules confuse hemp with cannabis, which is the source of marijuana.

Some of those at the forum Wednesday think hemp will turn a bigger profit that corn and other crops.

“I’m just excited about being a part of the 2020 growing season,” said Comanche farmer Juan Martinez.

Miller says the input from the farmers is important.

“We want to know how to make these rules and guidelines better,” he said.

“They don’t need to be burdensome and drive business out of Texas.”

Once the rules are finalized and approved, the Texas Department of Agriculture can begin to issue licenses to farmers in the state who want to grow hemp. 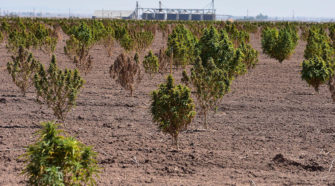