ETTRICK — Optimism was high last year after Gov. Ralph Northam signed House Bill 1839 at Virginia State University’s Randolph Farm, making it legal for farmers to grow Hemp in Virginia. Most of those good feelings have failed to deliver over the past year. The visualized hemp “promised land” has instead turned out to be a wild wild west, rife with clunky regulations and chaotic markets.

Before commercial legalization, VSU was one of three universities in the state researching hemp and now works with the Virginia Cooperative Extension to spread knowledge about the crop.

VSU hosted Jeff Platzke from Horizon Hemp and Agriculture LLC this week. He talked to mostly smaller farmers on some of his best practices and knowledge for growing viable hemp crops. Horizon has been growing hemp since legalization in the state, also selling over 100,000 hemp seed clones to buyers from Maryland to North Carolina.

“My conversation was to take a different strategy when you go forward with growing,” Platzke said. “You’re not going to make a million dollars with this. It’s a commodity crop. Start small, and look to diversify your crop.”

Hemp is an abnormally involved plant to grow. It is very tempermental in the amount of water, temperature and care it needs to thrive. Fluctuations in either can overly stress the plant and cause it to overproduce cannabinoids, including THC, a psychoactive ingredient. All hemp products have to stay beneath 0.3% THC content by regulation or else it has to be destroyed.

“That stress can have an adverse effect on a plant,” Platzke said. “Keeping it regulated in a good cycle of water – and of course if you get four days of rain that causes stress to the plant and it’s not in your control. Then you have to go the other direction, letting it dry out. There are fluctuations from an act of God perspective.”

Come harvest time, hemp is again a much more labor-intensive plant. Each stalk is most often harvested by hand.

“There’s really no mechanical apparatus that’s feasible to get out there and harvest at a large scale,” Platzke said. “It’s really old shool, barley and tobacco mentality, getting out there and hand-cutting it and hanging it, even shucking the flower off when it’s dry.”

For many farmers, the physical demands of growing hemp have not been worth the economic reward in selling it.

The Virginia Department of Agriculture and Consumer Services, VDACS, defines three entities within the state’s hemp industry — growers, processors, and dealers. Farmers growing hemp are usually considered “growers,” who often sell their crop to “processors” which turn it into products like CBD oil, skin products and beverages for sale by “dealers.”

There were only three processors and a handful of research hemp growers in the entire state when legislation went active last year. That number ballooned with farmers high on expectation for hemp’s monetary pay off, creating a bottleneck.

Uncertainty was cast over the industry in May 2019 when VDACS Commissioner Dr. Jewel H. Bronaugh responded to a letter from an industrial hemp processor. She wrote that Virginia hemp was still subject to federal laws, essentially meaning that cannabidiol — the active ingredient in hemp goods — could not be present in any product meant for human consumption. A majority of the current hemp market is in products meant for human consumption.

“People shied away from investing in Virginia,” Platzke said. “What happens is all of these farmers came in and grew all of these acres so they had bottlenecks going to these processors.”

Bronaugh eventually cleared the situation with a later letter in July, approving CBD as a legal food additive.

By then the price farmers could get from processors for their hemp had dropped from about $35 per pound, to between $8 to $12 per pound.

“At $35 per pound a farmer can make a little money on that,” Platzke said. “But once we got to harvest, because of over-saturation in the market, and not enough people could process it, the market dropped out.”

Platzke said that this legislative uncertainty meant that processing facilities weren’t built as they were scheduled. On top of that, investors who promised money to growers decided to back out after the harvest season because there was nowhere to sell the product.

“After these brokers and potential processors disappeared, what you had was all of this material with nowhere to go,” Platzke said.

Platzke reiterated that small farmers would do best starting out with a few acres to really understand the crop before growing to 10 or 40 acres.

“As far as going forward, the market is stabilizing. It’s pretty low right now. Those who get into this industry right now should go into it small,” Platzke said. “I think 2021 could be the year where it stabilizes and goes back to profitable.”

He said that one marquee business — like a major beverage or a cigarette manufacturer — releasing a hemp product could be all it takes to reinstate demand in the state.

Virginia State University will be hosting its annual Industrial Hemp Field Day this summer for anyone looking to learn more about growing. Hundreds of farmers come from across the state to share knowledge with expert guests and panelists. 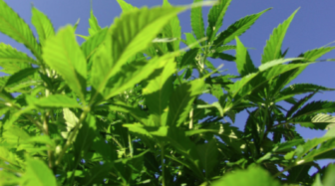