Dive Brief:
Virginia​ Gov. Ralph Northam signed a bill defining hemp extract, including CBD, as food. It gives state officials power to regulate the industry.
The legislation, Senate Bill 918, is intended to help the hemp industry in Virginia by regulating production requirements and facility conditions.
The bill enables the Virginia Department of Agriculture and Consumer Services to adopt and regulate standards for hemp extraction, including labeling requirements, batch testing and finding contaminants.

Even without federal regulatory action, Virginia now allows CBD in food products, providing clarity in the state for a topic that is murky in federal law, at best. The 2018 Farm Bill made hemp and its derivatives no longer classified as controlled substances by the federal government, so the crop can be grown and distributed in most states. But under the federal Food, Drug and Cosmetic Act, it is illegal to add CBD to food.

Despite the FDA’s position, ​CBD continues to be added to all kinds of products, including beer, snacks, coffee, cocktails and jelly beans across the country. Nationwide sales of hemp-derived CBD products could hit $6 billion by 2025, according to Nielsen. CBD does not cause a high like THC, and hemp plants allowed under federal law can’t exceed THC levels of 0.3%. This Virginia bill is welcome news for many producers.

“It gives validity to the CBD industry,” Charlotte Wright, a hemp farmer and owner of the CBD business Hemp Queenz, told the Associated Press. “Right now, there is no testing required, no labeling, you have no idea what is in it. It’s like the Wild West.”

On the federal level, lawmakers have wanted the FDA to move quicker on regulation than the several years expected because hemp production could help boost agricultural revenue in states. U.S. Sen. Jeff Merkley, D-Oregon, told the Capital Press CBD could be a billion dollar industry for his state. During the 2019 growing season, about 1,200 registered hemp growers planted around 2,200 acres of the crop in Virginia, The Associated Press reported.

It has been almost a year since the FDA’s first public hearing on CBD, during which manufacturers expressed confusion about CBD regulation and asked for clarity. Since then, two top FDA policy officials acknowledged the need to be clear about where the agency is headed on this regulation.

Last year, the agency released an update about CBD, where it said it could not give the ingredient generally recognized as safe status or approve products that contain it. FDA has continued to issue warning letters to companies improperly using CBD.

Before the coronavirus pandemic started to dominate the legislative agenda, Congress had been pushing FDA to adopt rules classifying and regulating food products containing CBD. Last year, about 26 members of the U.S. House of Representatives wrote then-acting FDA Commissioner Ned Sharpless, urging the agency to quickly adopt policy and consider issuing an interim final rule to regulate CBD as a food additive.

As consumer demand continues to rise, Virginia is not the only state developing its own rules on CBD. States like Alabama, Colorado and Maine allow CBD in any consumer products as long as they don’t exceed 0.3% THC. And others are considering similar bills to the one Northam just signed. California lawmakers are considering a bill to allow hemp-derived CBD foods with product testing requirements and warning labels.

As more states weigh in on CBD in food, pressure is only going to increase on the FDA to further clarify federal regulation.

Raising hemp for CBD is like ‘the Wild West,’ grower says – AG Week 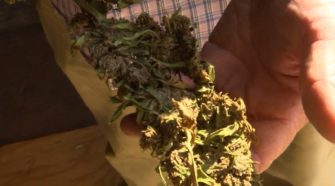 Johnston County farmer says thieves stole more than $1,200 worth of hemp from his field – WTVD-TV