Company also acquires new farm in Colombia to build out their Seed Bank closer to their University Research Partner.

This past Summer Sannabis announced they would begin planting the 9 acres in September, however, there was a delay in importing the seeds, all hurdles have now been cleared by Uruguay’s Custom’s Authority. Sannabis’ partner in Uruguay has one of only 8 licensees issued there to grow hemp and THC based medical marijuana, and to the Company’s knowledge will be the only one planting this year. Sannabis intends to significantly increase their equity ownership in this partner.

Sannabis believes the high demand for hemp byproducts around the World, and the uncertainty in the U.S. and Canadian hemp and medical marijuana industry, will allow them to enter into favorable off-take agreements in the coming weeks. Several publicly traded cannabis companies in the U.S. and Canada have been recently announcing mass layoffs causing their stock price to tumble. Sannabis believes it offers investors fleeing these stocks a ground floor opportunity to enter the Latin American supply market at a very low valuation compared to their North American peers, without the uncertainty from U.S. regulators.

Sannabis’ foothold in Colombia, and now Uruguay, puts them in a good position to service customer previously inclined to purchase from North America. “It makes perfect sense for major consumer brands entering the hemp/CBD space to be looking towards South America for supply. You wouldn’t expect to source avocados for very long from Canada, would you?” stated John Campo, President of View Systems, Inc.

Sannabis would also like to announce they have leased a new farm in the Cauca Department (State) of Colombia, where Colombia’s best cannabis breeds are grown. This farm in the south of the Department is close to the University that will do the research and testing for their seed bank. Sannabis decided to move their Seed Bank to be closer to the University and escape the turmoil currently present in the northern part of the Department of Cauca.

View Systems Inc. provides security and surveillance products to law enforcement facilities such as correctional institutions as well as to government agencies, schools, courthouses, event and sports venues, the military and commercial businesses. View Systems’ products are used by commercial businesses and residential consumers wishing to monitor their assets and limit their liability. For more information, visit www.viewsystems.com

View Systems Inc. (www.viewsystems.com) is the developer of the ViewScan Weapons Detection System, a Department of Homeland Security (DHS) sanctioned product used by law enforcement and correctional facilities, government agencies, schools, courthouses, special events, sports venues, military, and commercial businesses. View Systems acquired Colombian Cannabis company, Sannabis, to diversify into the burgeoning Cannabis industry with new management committed to continue developing their ViewScan Weapons Detection System in Colombia for the local and international market. View Systems intends to file for a name and symbol change in the near future, however, they will continue to develop their newly enhanced state of the art ViewScan products in Barranquilla, Colombia for the local and international markets.

ViewScan is installed at government agencies in Washington, DC and elsewhere, major school systems, correctional facilities, ports, and police stations around the world. View Scan has also been used at events where top security clearance is required for former Presidents. In this Market Survey Report commissioned by the U.S. Department of Homeland Security (DHS), ViewScan demonstrated more features than their top competitors, https://www.dhs.gov/sites/default/files/publications/WTMD-MSR_0614-508.pdf 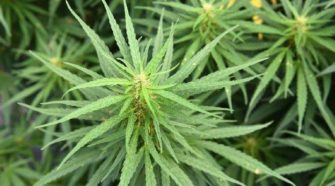