Arcadia has a state Industrial Hemp Pilot Program License for a 10-acre facility on Molokai, according to the state Department of Agriculture. The partnership, Archipelago Ventures, combines Arcadia’s expertise with Legacy’s growth capital and knowledge of Hawaii and Asian markets and access to Legacy’s equity partner Vapen CBD.

Vapen is a leader in extraction, product formulation and sales of cannabis oils and distillate (CBD) products, the announcement said. As part of the partnership, Vapen will be responsible for construction and operation of Archipelago’s Hawaii hemp-extraction facilities, which will give farmers an opportunity to convert their operations into high-grade CBD hemp production.

This will create a supply chain, from seed to sale. Archipelago is set to deliver hemp extract products to market later this year, the announcement said.

“Archipelago recognizes the tremendous market opportunity for premium Hawaiian CBD,” said Shane Victorino, who grew up on Maui, graduated from St. Anthony School and is the son of Maui County Mayor Michael Victorino. “We believe hemp has the potential to transform Hawaii’s economy — and the lives of its farmers and local communities — by creating an entirely new agricultural segment based on bringing innovation, scientific integrity and investment to the islands.”

Victorino, a former All-Star selection, Gold Glove winner and World Series champion with the Philadelphia Phillies and Boston Red Sox, and other principals in Legacy grew up in Hawaii and are “committed to building Hawaii’s capacity to supply branded health and wellness goods,” the announcement said.

“Hawaii has special significance for Arcadia; it’s where we first began our hemp research and cultivation, and it’s where we continue to see the greatest opportunity for innovation and growth in industrial hemp,” said Matt Plavan, president of Arcadia Specialty Genomics and chief financial officer of Arcadia Biosciences. “Our new partnership with Legacy not only positions us to lead the rapidly evolving market in producing superior hemp — from seed to extract — but to quickly scale our operations following key regulatory approvals.”

Arcadia Biosciences was granted an Industrial Hemp Pilot Program License by the state Department of Agriculture in March. The license allows for the cultivation of industrial hemp for the purposes of agricultural and academic research. Hemp and hemp products produced under the program may be commercially sold, a company news release in May said.

At its 10-acre field station on Molokai, Arcadia was producing its first research crop of hemp to test the impact of climate and geography on crop parameters like yield and quality. Arcadia Specialty Genomics’ scientists and agronomists were evaluating and characterizing the performance of a number of local strains against various climate and biological conditions, the May news release said.

In addition, the company hired full-time staff at its Molokai facility to oversee the ongoing research and farming operations.

“It’s highly gratifying to see our first hemp research crop taking root in Hawaii, having planted six different Hawaiian strains,” said Plavan in the May news release. “In order to solve for crop variability — a major concern for U.S. hemp farmers — we first need to understand its drivers. We’re applying the sound, scientific approaches we’ve used to improve other crops, such as wheat, to create new breeds of superior hemp.”

The recent passage of the U.S. Agriculture Improvement Act of 2018 confirmed the federal legalization of hemp, nonpsychoactive cannabis containing less than 0.3 percent of tetrahydrocannabinol, or THC, the chemical responsible for most of marijuana’s psychological effects. It also included provisions for legalizing on a federal level hemp’s cultivation, transport and sale for the first time in more than 75 years, the announcement said.

The Hemp Business Journal estimates that the hemp CBD market totaled $190 million in 2018 — a category that didn’t exist five years ago, the announcement said.

* Lee Imada can be reached at leeimada@mauinews.com.

Your Guide to CBD Oil in Dallas – D Magazine 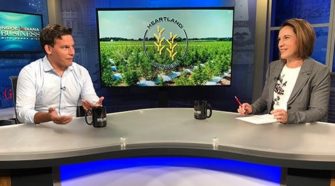