When Victoria business owner Mike McCreight got into the hemp and CBD business, he came to police with questions about the product’s legality.

“It looks just like a big bag of pot,” said McCreight of the bulk hemp he buys to fashion myriad CBD and hemp products. He sells not only the raw hemp buds but also hemp-derived, CBD-containing lotions, e-cigarette cartridges, snacks and candies, drinks, filtered cigarettes, joints and even treats for pets.

Although hemp is identical to marijuana in appearance, smell and texture, law enforcement officials assured him he was in the clear, said McCreight, who co-owns several hemp retailing storefronts in Victoria by the name of “Mr. Nice Guy’s.”

On June 10, Gov. Greg Abbott signed into law HB 1325, which authorized the production, manufacture, sale and inspection of industrial hemp crops and products in Texas. But the law had another, more far-reaching effect that lawmakers may have overlooked. Local prosecutors have been left without a way to discern illegal marijuana from legal hemp.

Victoria County clerk records show that no new misdemeanor marijuana cases have been filed since July 10 even as arrests by police officers and sheriff’s deputies continue.

And indictments for felony marijuana possession cases have also dropped steeply with only two cases this year compared to 22 in 2018.

“Marijuana offenses occurring in Victoria County after the passage of HB 1325 will still be prosecuted as soon as we identify laboratories able to provide cost-effective analysis in a timely manner,” said Filley-Johnson in a written statement. “Our office will remain in close contact with the Texas District and County Attorneys Association regarding the availability of such forensic testing.”

Before HB 1325, officers had no problem identifying marijuana by simply using their eyes, noses and common sense.

Although hemp and marijuana are technically the same plant, the law now differentiates them by the percentage of tetrahydrocannabinol or THC, which is intoxicating, unlike its chemical cousin cannabidiol or CBD.

McCreight said he once considered the drug a kind of “snake oil” but admits he was convinced of its efficacy by his repeat customers.

Plant material containing more than 0.3% THC is marijuana and still illegal in Texas. Anything under that percentage is considered a legal hemp product.

While officers can rely on field tests to roughly assess the presence of THC before making an arrest, that method is not enough to stand in court, said Victoria defense attorney Brent Dornburg, who regularly defends clients in marijuana possession cases.

Spokespeople for the Victoria and Port Lavaca police departments have confirmed they have and use THC field tests.

Currently, Texas Department of Public Safety forensic labs lack the ability to sufficiently discern marijuana from hemp, and it may be as many as 12 months or more until that’s fixed, according to a June 24 article by the Texas District and County Attorneys Association.

“You may have to put your marijuana cases on the same ‘waiting for lab results’ shelf as your felony DNA cases and postpone them until the labs can provide the needed evidence for prosecution,” the association’s article states.

Although misdemeanor marijuana cases remain on hold in Victoria County as the state scrambles to implement testing, top state officials have suggested alternative methods for prosecuting.

Although the letter suggests the use of circumstantial evidence in trying cases, some have doubts about that effectiveness.

The presence of drug paraphernalia or the way the suspected marijuana is packaged simply wouldn’t be enough to convict, Dornburg said.

After all, hemp and marijuana are often smoked and consumed with the same implements, said McCreight.

“I have instructed law enforcement to start treating all marijuana cases as circumstantial evidence cases and gather as much information at each scene as possible,” he said. “We can prove it is marijuana circumstantially.”

Jon Wilcox reports on courts for the Victoria Advocate. He may be reached jwilcox@vicad.com or 361-580-6515.

Next Cashing in on CBD & hemp products - WKYC.com 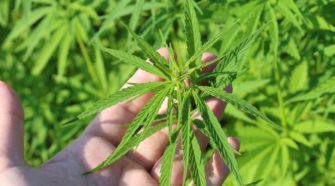 Ohio Farmers Another Step Towards Hemp In 2020 – HempGazette