HempCo operates a large-scale industrial hemp farm in Southern Manitoba on approximately 347 acres of zoned farmland. The primary business of the Company is sale of hemp biomass, flower, and phytocannabinoid rich extracts derived from hemp biomass. Currently, the company is operating under a third-party cultivation license. However, HempCo has applied to Health Canada for its own license and will transition to that license once approved.

Veritas commissioned an independent valuation of HempCo to be conducted by Maarschalk Valuations Inc., which assigned a valuation of approximately $28,000,000 for HempCo’s assets and business operations.

Veritas’ Interim CEO, Mr. Peter McFadden, commented, “as promised earlier this fiscal year, the acquisition of HempCo provides Veritas with an opportunity to mature into revenue generation phase. This transaction is also a reflection upon Veritas’ ambitions to deliver shareholder value by engaging in projects that have the potential to be profitable in short to mid-term while divesting itself from projects with long-term or uncertain revenue horizons.”

The definitive structure of the acquisition will be determined by mutual agreement of Veritas and HempCo. It is management’s belief that this transaction could constitute a fundamental change of business operations under CSE policies. Additionally, the transaction will be conducted at arm’s length and will not include payment of any finders’ fees.

Summary of the terms of the LOI are as follows:

Veritas agrees to acquire 100% of the issued and outstanding shares of HempCo for aggregate consideration of $28,000,000 to be provided in common shares of Veritas, at a deemed price per share equal to the closing price on the CSE on the day prior to closing.Veritas and HempCo are allotted the time and the right to conduct reasonable due diligence.The parties agree to enter into and execute the Definitive Agreement by July 31st, 2020.All shares held by persons who will be principals of Veritas following closing will be subject to CSE escrow requirements.The business combination will be subject to confirmation from each party that the proposed combination does not create any material conflicts in relation to the licenses held by the respective companies or licenses under which they operate.Upon combination of the businesses, Veritas agrees that its Board of Directors will include nominees from HempCo.Closing will be subject to approval by the CSE and Veritas shareholders, completion of definitive documentation and other customary closing conditions.

Both parties have agreed to share comprehensive financial statements and information; in addition to all relevant documentation during the due diligence period. HempCo’s relevant financial information will be made public and included in a subsequent news release, upon execution of the Definitive Agreement.

HempCo currently operates a large-scale industrial hemp farm in Southern Manitoba on approximately 347 acres of zoned farmland. The primary focus of HempCo is the sale of hemp biomass, flower, and phytocannabinoid rich extracts derived from hemp biomass. This growing region in Manitoba is widely regarded in the industry as one of the best climates in North America for the cultivation of Hemp, and is a key part of the Company’s growth strategy.

HempCo currently operates under a third-party license to cultivate and handle hemp, per the 2018 Cannabis Act. HempCo has applied for its own license and will transition to that license once approved. Beyond Manitoba, HempCo is currently either engaged in, or negotiating, processing agreements in British Columbia and other provinces, making it possible to have sales of Bulk PCR Hemp Extract in late 2020 or early 2021.

HempCo is currently planting a crop across these 347 acres using cannabidiol dominant genetics. Additionally, HempCo has mechanized substantial parts of its operation, including the harvesting of products, as well as tunnel/barrel dryers for post harvesting. The Company currently has marketed three primary products, and is in the process of diversifying its product line as the Company grows.

HempCo’s long-term vision is to achieve vertical integration of its operations, positioning it as a leading producer of industrial hemp and hemp derived products in North America and globally.

Veritas Pharma Inc. has developed some intellectual property relating to various cannabis strains. It is the Company’s aim to advance the science behind medical cannabis, by developing the most effective cannabis-based treatments for specific disease conditions and acquire income producing assets in the cannabis industry. The Company’s mission is to commercialize its proprietary cannabis products. In addition, Veritas aims to utilize its expertise to enter into mergers and acquisitions with various cannabis industry participants in order to generate revenue by the end of 2020.

Farmers with a license can grow hemp but cannot sell hemp products to the public – alreporter.com 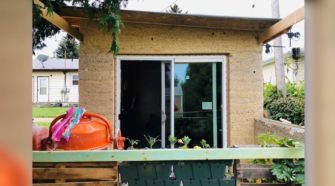