Though he hasn’t sold much of it yet, the Utah County farmer is proud of how his 10-acre experiment turned out. Paging through pre-harvest cellphone photos, he shows off his neatly lined plants, some with stalks soaring above shoulder-height and crowned with what he calls the “filet mignon” of hemp buds.

As part of Utah’s industrial hemp vanguard, he relied mainly on his instinct to coax the temperamental crop into flourishing. Little guidance was available, and there were few examples to follow. He was never sure if he was doing it right or wrong.

“It’s on the fly,” says Harward, who’s been farming sweet corn and hay for decades. “Every day was new.”

This legal sea-change coincided with the rising popularity of cannabidiol, or CBD oil, a hemp extract marketed for numerous purported health benefits and beautifying properties. The craze has spawned everything from CBD deodorant to CBD hamburgers, and — with estimates that the U.S. market could grow to $20 billion by 2024 — some Utah entrepreneurs saw a hemp license as a golden ticket.

In a time of financial struggle for farmers, some in Utah ripped up their hay fields and tossed out their lettuce plants to replace them with the new cash crop. David Lee, Harward’s partner in the hemp venture, said he’s heard of people mortgaging their farms for funds to get in on the business.

But any get-rich-quick hopes rapidly faded, and Harward said some threw in the towel because of crop failure. Three hemp cultivators separately said it felt like they’d strayed into the agricultural “Wild West” where reliable information was hard to come by and sketchy consultants and suppliers ran rampant.

They “saw an opportunity and some doe-eyed entrepreneurs here in Utah,” said Tom Paskett, executive director of the Utah Cannabis Association.

(Francisco Kjolseth | The Salt Lake Tribune) Long time farmer Jud Harward near Spanish Fork is wrapping up his first season of industrial hemp growing, willing to take on the challenge that has been a struggle for many farmers, as he talks about the high cost of the production.

Ruston Peterson has grown hydroponic lettuce out of a greenhouse in Annabella for about a decade. Without a local market for his greens, he’s had to drive most of his produce to Salt Lake City for sale, a commute that became tiring.

So, earlier this year, he decided to try his hand at industrial hemp. He shut down his lettuce operation in about a week and began growing hemp starts for a larger cultivator south of him.

People assured him that the cannabis plant is a weed and would grow anywhere. Peterson, along with many others, was about to have a different experience.

“There are tons of ways to lose at this game,” he said. “And everybody, I think, found that out this year.”

Some growers, he said, “just saw money in their eyes” and were victims of their own zeal, determined to plant even though they’d already missed the growing window. And even for people who did everything by the book, nature took its toll, with withering heat stunting one of Lee’s hemp grows in southern Utah and a September frost claiming plants in fields near Harward Farms.

And then there was the state’s mandated pre-harvest test to make sure the hemp plants didn’t contain an illicit amount of THC, the psychoactive compound in marijuana.

The state’s Department of Agriculture and Food ordered the destruction of 16,323 plants this year after finding they’d “tested hot,” or above the 0.3% limit. While that was less than 1% of the state’s total harvest, the department estimates, it was a setback for the farmers who lost their expensive plants.

“It’s absolutely doable,”Rigby said. “But is it easy? No.”

The difficulty in distinguishing hemp from marijuana, which look and smell the same, also created confusion for local police and passersby at the state’s hemp farms.

Michelle Finch, a hemp grower for Hansen Plants in Benjamin, said she found people snooping around her greenhouse, drawn by the cannabis scent. And Harward said he had to erect signs around his hemp crop to ward off thieves, who — he suspects — were passing off the plant as marijuana to gullible buyers.

For the state’s experienced farmers, cultivating hemp wasn’t like growing hay or corn or wheat or anything that they were used to. The cannabis plants were finicky.

In Harward’s case, he decided to “spoon feed” the hemp plants fertilizer. He sprayed molasses on them to give them a kick of sugar. And he and other farmers painstakingly harvested them by hand rather than by machine. Learning the ins and outs of the crop was no simple task because, in the nascent and chaotic industry, the farmers didn’t know who they could trust.

Paskett said he’s also heard from a number of farmers who complained they “were taken for a ride” by consultants or hoodwinked by out-of-state seed banks. It’s possible that some cases could lead to legal action, he said, but that’s a heavy lift for farmers who are already financially underwater because they took out a loan to buy seeds.

His group is stepping in to advocate for hemp farmers in some of these situations and has done some investigating and vetting of these suppliers.

“We don’t want these farmers who took the leap of faith and then got hosed to wash their hands and be done with it forever,” he said.

The consequences for picking the wrong business partner can be disastrous, according to farmers.

Hemp plants carry sex chromosomes, and only the female varieties are preferred because they contain cannabinoids in much higher concentrations. Farmers carefully cull through their fields to uproot the male plants so that they don’t pollinate the rest of the crop — lowering the CBD content in the surrounding females.

To maximize their yield, farmers often sought after “feminized seeds” that yield mostly female plants. But many of them feel they were sold a bill of goods.

Peterson bought a batch of seeds that was marketed to him as feminized. To his dismay, when the plants grew up, about half of them were males.

“So it was three days-worth of work or more because we had to pull plants,” Peterson said.

The same thing happened to Amber Berry, who tried growing hemp with her husband near Cedar City. They, too, thought they were getting good seed and ended up with a disappointing blend of male and female plants.

“I think everybody jumped in thinking they were going to get rich the first year,” said Berry. “But there’s a reason the value is there. It’s not easy to grow, it’s not easy to do. And I think a lot of people have been let down that way.”

But the price tag for growing hemp dwarfs the others — it can easily cost farmers $15,000 an acre, he said. And Harward would guess he’s spent more like $20,000 an acre on his crop, if you count the cost of drying the plants and stripping the leaves and flowers off the stems to prepare for CBD extraction.

Tyson Hinkins of Black Dragon Ranch landed one of the state’s hemp licenses, but the front-end costs were so high that he decided against planting the crop this year.

“I was scared,” said the Ferron hay farmer, who’d been looking to grow hemp with his father, state Sen. David Hinkins, R-Orangeville.

So, he’s waited to see how the first year plays out for other Utah farmers.

Berry already anticipates she and her husband won’t turn a profit this season; they’ll probably try again next year, but on a smaller scale. Even for Harward and Peterson, both of whom had a successful hemp harvest, the battle isn’t over. The key to recouping their costs will be careful timing and finding the right buyers, they say.

Since the passage of the 2018 farm bill late last year, the total licensed acreage for hemp cultivation has shot up by more than 455% nationwide, according to Forbes. And the ballooning hemp supply has pushed down prices, especially now that the harvest is coming in.

(Francisco Kjolseth | The Salt Lake Tribune) Hemp plant material with very low THC content is harvested at the end of the season by Cinthia Perez, Travis Ashby and Bryce Prince, from left, after undergoing a drying process before pre-extraction for CBD oil at Harward Farms near Spanish Fork on Friday, Oct. 25, 2019.

“The price of the oil is rock-bottom,” said J.R. Carter, who co-owns Rooster Valley Botanicals in Salina, a company that extracts CBD from hemp. “It’s the lowest it’s been all year.”

CBD oil that was selling for about $4,500 a liter last year is going for about $800 per liter now, he said. Carter’s strategy is to hold onto the majority of his oil until the glut subsides and the prices rebound.

That is, if he can discover a doorway into the market, something he and many Utah hemp growers are struggling to do.

“I got flower at my house, but I haven’t had anybody buy it,” Peterson said.

Until he does sell it, he won’t know if his hemp experiment was worthwhile. Harward is in the same situation, searching for hemp buyers and still wondering if his first-year venture will pan out.

“Our long-range goal,” he said, “is to get through today.”

Not Quite So Sweet: Hemp & the Honeybee – Cannabis Now 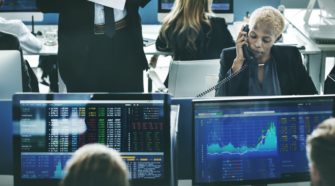