The USDA crafted the guidelines at the behest of the 2108 Farm Bill that legalized the production of hemp containing less than 0.3% THC, the chemical that is responsible for most of the psychological effects of marijuana.

In turn, Iowa Gov. Kim Reynolds signed a bill in May that legalized hemp in Iowa after state lawmakers crafted the legislation. The state has not allowed anyone to grow hemp while waiting for the USDA to finalize its rules and subsequently review Iowa’s plans.

Iowa State Rep. Norlin Mommsen, R-DeWitt, who serves as chairman of the Agriculture and Natural Resources Appropriations Subcommittee, was a key member of the group of lawmakers who created Iowa’s hemp program.

Although Mommsen is a big proponent for introducing new agricultural opportunities and options, he is urging caution to anyone who will listen. Because widespread hemp production is still in its infancy, there is significant risk. He said it is paramount for anyone who is considering a big investment in hemp to thoroughly research every aspect of the emerging market.

His primary motivation for urging caution?

“Back in the 1980s, Jerusalem artichoke was going to save the farmer, and I saw people get burned really bad by it,” Mommsen said. “There still are unharvested fields out there. I just caution everybody that the markets aren’t there yet.”

Until recently, hemp was listed as a Schedule I controlled substance, so there still are many unknowns.

“It’s also a labor-intensive crop,” Mommsen said. “There are no herbicides. You have to pull the weeds by hand. It’s not a small investment.”

The government has determined that hemp “becomes” marijuana when it contains 0.3% THC. The federal government still classifies marijuana as a Schedule I controlled substance.

The USDA regulations say that industrial hemp must be tested within 15 days of the anticipated harvest. If testing shows 0.3% or more THC, the crop must be destroyed.

Some farmers have reported that the variability of weather, particularly in the High Plains, can cause the THC level of hemp to exceed the legal limits through no fault of the growers. In addition, crop insurers are saying that when a crop is destroyed for high THC levels, the losses likely will not be covered by crop insurance.

“Like every other crop, it has its risks and rewards,” said Bill Northey, under secretary for farm production and conservation for the USDA. “Sometimes we have weather conditions that cause wheat to have low protein. Or we have droughts that cause aflatoxin problems.

“Hemp is not without its production risks and difficulties either,” he continued. “Different seeds will perform differently in different growing areas of our nation. It’s something that producers do need to be cognizant of as they move forward.”

Farmers throughout the nation are hoping to tap into the demand for hemp-derived cannabidiol, commonly called CBD, that has shown great promise in easing symptoms for people suffering from chronic pain, arthritis, depression and anxiety. Studies also say that CBD offers various health benefits while also showing the ability to alleviate the side effects of cancer treatment, such as nausea and pain.

“We have had teams operating with all hands-on-deck to develop a regulatory framework that meets Congressional intent while seeking to provide a fair, consistent and science-based process for states, tribes and individual producers who want to participate in this program,” Perdue said during last week’s press call.

CBD is all the rage right now, and it is the primary force driving the hemp market. Officials estimate that the amount of hemp that has been planted this year is more than four times as much as was planted last year.

Hemp is a commodity that also can be used for numerous industrial and horticultural purposes, such as fabric, paper, construction materials, food products, twine and rope, and cosmetics.

While hemp was produced previously in the U.S. for hundreds of years, its usage diminished in favor of alternatives. For example, the production of cotton supplanted hemp as a cash crop used in the manufacture of textiles because the cotton gin eased the harvesting of cotton.

Hemp production has seen a resurgence in the past five years, but the jury is still out on whether consumer demand will meet the supply. High prices for hemp, driven primarily by demand for use in producing CBD, relative to other crops, have driven increases in planting. Producer interest in hemp production is largely driven by the potential for high returns from sales of hemp flowers to be processed into CBD oil. 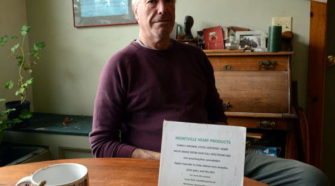