The USDA’s establishment of a national hemp production program should be a boon for the nascent industry, supporters said.

“It’s long overdue,” said Illinois farmer Jeff Gain, who has pushed for legalization of industrial hemp for decades. “It’s a step in the right direction.”

The USDA unveiled its interim final rule Tuesday, formalizing the U.S. Domestic Hemp Production Program, and officials said it would be published in the Federal Register. That rule was the result of a process that began with the passage of the 2018 farm bill, and sets the stage for all 50 states to draft plans for USDA approval to set up industrial hemp programs.

For many state officials across the country, this step starts the clock.


Gain, who was on the board of the now-defunct North American Industrial Hemp Council, has long touted the benefits of the crop — which is a relative of marijuana that has little of the chemical that produces a high. He sees the creation of the program as positive, although he said the country should have moved much sooner.

“They kind of backed into this whole program,” Gain said. “There is no doubt that it will help with markets. Some companies are still reluctant to get involved in terms of making entry into a market that relates to hemp products because of all the unanswered questions, but I think this will go a long way.”

In Iowa, state entomologist and ag security coordinator Robin Pruisner is working with the industrial hemp program that was approved by legislators last spring. She said the USDA will not accept any state plan applications for 30 days. Once a state submits its plan, the USDA will then have 60 days to approve or deny it.

The states must then publish their rules. In practical terms, that means farmers will not see state rules until sometime in February. That timeline may be necessary for all parties involved — the USDA proposal is 161 pages.

“My No. 1 piece of advice to farmers is that they should not plant hemp unless they have a signed contract to sell it,” Pruisner said.

A relaxation of laws regarding hemp helped launch the industry over the past couple of years, although many start-ups are focusing on CBD oil. The product is made from hemp plants grown differently from those used in the industrial market.

Pruisner said it is also important farmers understand what hemp product they want to produce. They may have the option of growing hemp for grain, seed, fiber, CBD oil, or even for smokable CBD.

Gain believes the biggest promise is fiber, which can be used in a number of industrial applications. That will require the growth of processing facilities.

“I am concerned about the lack of coordination with DEA and rule-making with regard to the two primary uses of hemp these days,” he said. “I’m not happy with the way that was handled. Industrial hemp as such is where I think the real value is. There’s so much that people don’t know about the different uses.”

In a statement, U.S. Secretary of Agriculture Sonny Perdue said the department has had teams operating “with all hands on deck” to develop a regulatory framework, which, among other things, will include a crop insurance option.

“At USDA we are always excited when there are new economic opportunities for our farmers, and we hope the ability to grow hemp will pave the way for new products and markets,” Perdue said in a news release. “We are seeking to provide a fair, consistent and science-based process for states, tribes, and individual producers who want to participate in this program.”

Gain, who was asked to brief Perdue about agronomic issues related to hemp, said the creation of rules regarding hemp production should have been approached like a “shakedown cruise,” in which problems are ironed out before the maiden voyage. Instead, he believes the program was launched haphazardly. But he is still optimistic about the crop’s future.

“I’ve spent 25 years trying to get this done, and I’m glad to see it happening,” he said.

We’ll send breaking news and news alerts to your inbox as they happen! 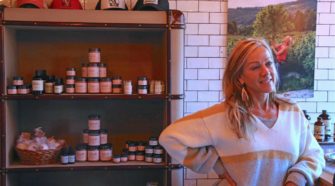