Federal agriculture authorities are struggling to craft a nationwide THC testing standard so that state and local regulators can tell hemp from marijuana, complicating the release of standardized production rules, according to an official with the U.S. Department of Agriculture.

William Richmond, head of the Specialty Crops Program in the USDA’s Agricultural Marketing Service, told a group of dietary-supplement and CBD business owners last week the agency hoped to have hemp rules prepared by now.

But he said that the USDA is grappling with the Farm Bill‘s requirement for a national THC testing protocol “using post-decarboxylation or other similarly reliable methods.”

“We need to have testing procedures in place,” he said. Coming up with reliable testing methods, he added, is “as complicated as you think it is.”

He gave no timeline for the USDA finishing its work, but said after his speech that USDA still plans to have rules done in time for the 2020 growing season,

The USDA has been “bombarded with questions” about hemp, he added, and is “working hard to issue the hemp regulations.”

He reminded the CBD companies that the USDA’s hemp regulations won’t be final until the industry has had a chance to see them and share feedback.

THC testing has proven a major challenge in moving the hemp industry to a standardized commodity.

Law enforcement authorities from Texas to Florida have said they don’t have tests that can differentiate between legal hemp and illegal marijuana, and the patchwork of testing standards is complicating the Farm Bill’s goal of allowing nationwide commerce for the new crop.

“What we grow in Oregon needs to be able to go to Colorado, to Kentucky, to whatever state and not run into issues with law enforcement,” said Sunny Summers, who coordinates hemp policy for the Oregon Department of Agriculture.

Talking to the same group, a CBD conference in Denver by the American Herbal Products Association, Summers called THC testing “a big, big situation that as an industry we need to deal with.”

The Farm Bill’s direction, she said, doesn’t tell states how to prepare tests “using post-decarboxylation or other similarly reliable methods.”

“This is the No. 1 issue that I have – what the heck does that mean?” Summers said. “What is THC? Which version?”

THC testing protocols coming from the USDA could dramatically shake up the growing hemp industry, growers say. That’s because most U.S. hemp farmers are producing cultivars rich in cannabinoids other than THC – the same types of hemp most likely to violate THC limits depending how and when they are tested.

If post-decarboxylized tests are used, “most of the cultivars and most of the varieties that we’re currently using in U.S. would no longer be defined as hemp,” said Matt Cyrus, who raises hemp along with hay and cattle in Sisters, Oregon.

Talking to Hemp Industry Daily, Cyrus said the USDA’s looming hemp rules could throw many entrepreneurs back to the black market, depending on the testing standard.

“In theory everybody who is has hemp biomass on hand anywhere in the U.S. … would suddenly be outside the law,” said Cyrus, who is also president of the Deschutes County (Oregon) Farm Bureau.

USDA wants to make it easy

Richmond told dietary supplement manufacturers that USDA understands how complex it is to set a national THC testing standard – but he promised that federal authorities are scrambling to give farmers and state and local regulators a solution that simplifies interstate hemp commerce.

“Our goal is to provide a consistent, easy-to-follow regulatory framework around hemp production,” he said.

“I can’t speak to whether that means a hard, prescriptive set of requirements for everybody at this stage. But our goal is to provide consistent standards that make sense for growers and for the industry.” 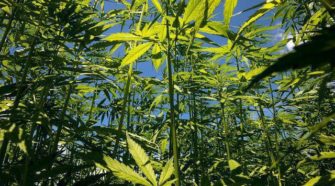