Harvesting a field of hemp.

The U.S. Department of Agriculture has announced interim rules clarifying how hemp plants should be monitored under federal law, including how they should be tested for tetrahydrocannabinol, or THC, the compound that gets cannabis users high.

State and tribal plans for hemp production must follow the interim federal rules, and the rules also lay out requirements for hemp growers in states that don’t have their own hemp program.

Agriculture Secretary Sonny Perdue said in a press release that the department had been working to develop regulations that meet congressional intent while providing a “fair, consistent and science-based process” for states, tribes and growers.

Forty-seven states already allow farmers to grow hemp, according to the National Conference of State Legislatures. Hemp is defined under federal law as Cannabis Sativa L. with THC concentration of 0.3% or less. Plants with a higher THC concentration are considered marijuana, and a controlled substance. Growing hemp, formerly a federal pilot program, was legalized last year.

The interim federal rules clarify how states should license hemp farmers, maintain and report information, sample and test plants for THC and dispose of plants with high levels of the cannabinoid.

The testing rules are perhaps the most crucial, as states have taken different approaches to sampling and testing plants — which means plants classified as hemp in one jurisdiction can be called marijuana in another.

The USDA’s interim rules acknowledge that testing hemp plants isn’t an exact science, and that it’s difficult for farmers to grow hemp plants that will reliably reach a certain THC level.

The agency will require laboratories to calculate a “measurement of uncertainty,” akin to a margin of error, when they report THC test results. That will give growers leeway to sell crops that test slightly above the 0.3% limit.

The rules also say the agency won’t crack down on growers who produce plants with THC levels of up to 0.5% if they were trying in good faith to grow hemp. While such crops would have to be destroyed under federal law, the USDA wouldn’t consider growers to be in violation of the hemp program.

“USDA recognizes that hemp producers may take the necessary steps and precautions to produce hemp, such as using certified seed, using other seed that has reliably grown compliant plants in other parts of the country, or engaging in other best practices, yet still produce plants that exceed the acceptable hemp THC level,” the rules say.

The rules, mandated by the 2018 farm bill, will go into effect when published in the Federal Register later this week. After that, the agency will accept public comment for 60 days. The interim final rule will be in effect for two years and then will be replaced by a final rule, the agency said.

This story was first published Oct. 30, 2019, in Stateline, a publication of the Pew Charitable Trusts. 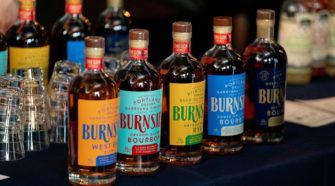