Gov. Mark Gordon signed emergency rules drafted by the WDA to allow a growing season in 2020 while the WDA’s final regulations go through the rule promulgation process, which includes a public comment process.

“This has been a long journey and I want to thank all those involved in this effort, including the Secretary of State’s office, for expediting the rulemaking process,” Gordon said in a release.

It took the USDA less than a month to approve Wyoming’s plan, which was formally submitted on Jan. 31 and approved on Feb. 20. WDA Director Doug Miyamoto said it was a challenge to get a plan in place to enable a growing season in 2020, but he praised his department for its work.

“We are happy that the USDA approved our state plan and that the WDA will now be able to provide one more crop option for growers and processors in Wyoming,” Miyamoto was quoted in a release. “Now that we have delegated authority from the USDA, the next step for the WDA is to implement emergency rules in order to initiate our program in Wyoming.”

Locally, many farmers are optimistic about the possible impact the hemp industry can have in Goshen County. Colby Ochsner, a third-generation farmer who sits on the Goshen County Economic Development Corporation Board of Directors, said that while hemp is an exciting new prospect, there is a lack of infrastructure at the onset of this new industry that farmers should keep in mind.

“It’s exciting that there is an opportunity to grow another crop,” he said. “There’s hopefully going to be an opportunity for some economic growth, and I think there’s a lot of questions to get answered between growing and processing and everything, but it’s one more barrier the industry needed to cross to get the ball rolling.

“The great thing is that we’ve been working hard in Goshen County to be on the forefront of the industry.”

Miyamoto also emphasized this is virtually an entirely new industry in the United States. There was infrastructure in place and there was hemp production prior to World War II, but hemp became illegal soon afterwards due its similarities to marijuana.

“This is a brand-new crop with inherent risks and a challenging regulatory structure, so we encourage producers and processors to look closely at the rules and regulations if they choose to attempt growing or processing hemp in 2020,” Miyamoto said. “With that said, we are excited to get this program off the ground and to start a hemp industry in Wyoming.”

There are three main varieties of hemp – grain, fiber and oil, which is used for CBD health supplements. Ochsner said that Goshen County would be an ideal location for fiber hemp, but the infrastructure to process it isn’t in place yet.

“As far as right now, the major economic opportunity is going to be growing hemp for CBD,” Ochsner said. “That is where the highest value is. To do that, I think you want to have a contract in place and make sure all of your x’s and o’s are crossed for that. I think the biggest opportunity for us will be the fiber hemp. The technology and everything just needs to get up to the industrial scale to make that cost effective. I think it will happen. There’s just a few years before that will happen.”

The WDA is currently accepting applications for hemp licenses. The applications are available online at wyagric.state.wy.us. Due to emergency rules, a growing season is possible in 2020.

Ochsner said he would like to be one of the first experimenters. He said it may be awhile before he takes the plunge and grows an entire field, but he is interested in a test plot.

“I’ll probably grow some on the small scale,” he said. “I’d like to plant some and see what the plant does and experiment. I think for me personally, it’s a few years away before you’ll see a field of hemp on my farm, but I’ll definitely start experimenting with it.” 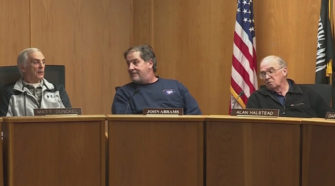