The tribe began looking to hemp as a potential avenue for economic development on the reservation two years ago, when President Donald Trump legalized the cultivation and production of hemp and its derivatives as part of the 2018 farm bill, Thomas said. Through their partnership with the USDA, he hopes to form long-term relationships with area farmers, as well.

“We need to make the most of it, especially right now, when the casinos are closed and there really is minimal revenue coming in,” Thomas said. “It kind of showcases the reason why we need to get behind these agribusiness projects, because of times of crisis like this. The only thing that’s going to save us is our security of our food and our security of our water. That’s the path to sovereignty — as long as you have those two things, I think that you can really withstand and outlast anything that comes along.”

According to the USDA website, 17 tribes nationwide, including the Turtle Mountain band, have received approval for their hemp plans, and an additional 15 have plans under review. Fourteen states have received approval for their own hemp production plans, excluding those that are continuing to operate under a 2014 pilot plan. North Dakota and Minnesota each fall into the latter group.

Thomas expects the Turtle Mountain hemp plan will be fully implemented in time for the start of the growing season in early June, and hopes a processing and production center now in development will be ready by the end of the year.

The hemp production project is called Green Buffalo, because as Thomas said, they intend to make use of every part of the plant.

“We’re not wasting anything,” he said. “It could be something as small as animal bedding for stalls, or it could be CBD medication for Alzheimer’s or Parkinson’s Disease. It’s really a miracle plant, and I think too much time has gone by with the stereotype of it. We need to bring more attention and awareness to the capabilities of this plant, because we’re just scratching the surface of it. I think it could be a pathway to a greener road that all of us can really get on board and head down together.”

Shortly after the USDA approved the Turtle Mountain Band of Chippewa Indians Hemp Plan, Chairman Jamie Azure said on social media he believes it was an important step toward self-sustainability for the tribe. Azure could not be reached for further comment, but Thomas said he considers food production their path to true sovereignty. That’s the reason behind the push for agribusiness and renewable energies on the reservation, he said.

He added that it’s been inspiring to see the younger generations embrace agribusiness.

“We had always favored developing this department so that our tribal members can have some other options and avenues for economic drivers here on the reservation,” he said. “As you well know, it’s pretty hard for businesses to be created and actually be successful on the reservation because of our social environment, but this agricultural push is kind of bringing us all back to our traditions and our lost cultures and our lost heritage, almost reclaiming those traditions and using those lessons taught from our ancestors to sustain this mountain for the next seven generations.” 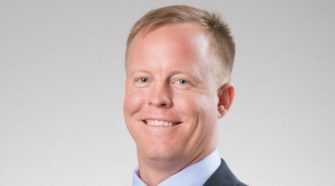