The 2018 Farm Bill directed USDA to develop a national regulatory framework for hemp and include a process for states desiring to have primary authority to submit their production plans. On October 31, 2019, the U.S. Domestic Hemp Production Program was established through the USDAâ€™s Interim Final Rule (IFR) which included provisions for licensing requirements, sampling and testing procedures, maintaining information on land where hemp is produced, and disposal requirements. Montana submitted its state plan on January 9, 2020.

While MDA views the approval of its plan as a major accomplishment, there were some areas of compromise exchanged with USDA. â€śIâ€™m pleased with USDAâ€™s approval of our plan, but still see a need to advocate for what will work best in Montana,â€ť said Director Ben Thomas. â€śBecause the hemp industry is so new, and growing conditions can vary so much from state to state, thereâ€™s still potential for improving oversight at the federal level.â€ť

The Montana State Hemp Program has been federally compliant since its formation. Operating under authority provided in the 2014 Farm Bill, the pilot program grew from nearly 20 growers and close to 525 acres in 2017, to nearly 60 growers and around 22,000 acres in 2018. With the signing of the 2018 Farm Bill, hemp was removed from the controlled substances list and regulatory authority transferred from the Drug Enforcement Agency (DEA) to USDA. Interest in hemp surged and over 200 licensed growers planted approximately 50,000 acres in 2019. MDA worked diligently to develop and establish its program with input from growers, law enforcement, and stakeholders.

Growers can expect procedures similar to those implemented in 2019 for the 2020 growing season. MDA will continue to operate under authorities provided in the 2014 Farm Bill until October 2020. Montana State Hemp License applications have been available since January and MDA will continue to accept them through April 30th. Montana is one of 11 states and 12 tribes with an approved plan. The Fort Belknap Indian Community received approval of its plan on January 27th. 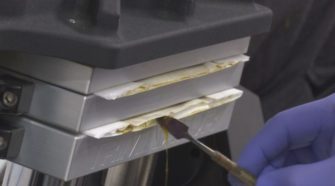