However, what is licensed compared to what is actually planted and then harvested will be very different numbers.

VoteHemp estimates 230,000 acres will have been actually planted and as for what will be harvested, it’s making a guesstimate of 115,000 – 138,000 acres. But being a relatively new crop in recent times, issues such as seed availability and lack of experience play a role in the big difference in numbers.

“We are seeing hemp cultivation dramatically expand in the U.S. in 2019, with over quadruple the number of acres licensed in hemp compared to last year and the addition of 13 more states with hemp programs,” said Eric Steenstra, President of Vote Hemp

Other highlights in the 2019 report:

State cultivation licenses were issued to 16,877 farmers and researchers, a 476% increase over 2018.
States with licensed processors reported 2,880 processing licenses, an increase of 483% over 2018.

Pushing things along in 2019 was the signing of the 2018 Farm Bill late last year that lifted federal prohibition on hemp farming, distinguishing the crop from marijuana.

U.S. hemp holdout states are now very much on the outer, with only Idaho, South Dakota, Mississippi and New Hampshire yet to enact legislation. Last year at the time of VoteHemp’s 2018 report, there were nine states yet to do so.

Even among those left, legislation is in the pipeline for most – although South Dakota Governor Kristi Noem appears to be doing all she can to prevent a hemp industry of any substance starting up under her watch. It’s quite possible South Dakota will be the last state to allow widespread cultivation of the crop within its borders given Ms. Noem only started her role as Governor in late 2018.

Nationally, the future is looking bright for next year, with the USDA expected to publish new federal regulations for hemp cultivation soon and in time for the 2020 growing season. 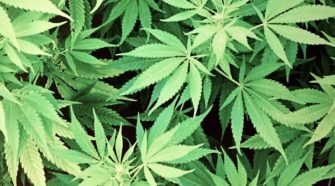