The court in the central Mandalay region charged John Frederic Todoroki with violating five sections of the drugs and narcotics law covering possession, sale and trafficking of illegal drugs, lawyer Thein Than Oo said by phone. The defendants contend they were growing hemp, not marijuana. Both are subspecies of the cannabis plant genus.

The company that operates the 20-acre farm on an industrial estate where police arrested the three late last month says it had official permission from the Mandalay regional government to grow hemp, which can be processed into cannabidiol, or CBD, a compound that is not intoxicating and that many believe has health benefits.

Hemp can be grown legally in many countries, and is often used for making CBD products. Burmese law does not seem to clearly distinguish between hemp and marijuana.

The company said in an April 26 statement that the plants are actually hemp, and its project was approved by the Mandalay region government last August for research and development purposes. It said its farm has been growing industrial hemp, kenaf, peppermint, coffee and eucalyptus, and is strictly doing research, with no sales or distribution.

Another lawyer working on the case, Khin Maung Than, said the company received official permission for the enterprise because it was growing hemp.

Thein Than Oo said there was nothing stealthy about the project, and any action against the company should be done administratively rather than prosecuting it under the drug laws.

He expressed concern for the health of 63-year-old Todoroki, who he said had lost considerable weight since being detained after the raid.

“The heat is too strong even for locals,” the lawyer said. “How could he resist the heat?”

The Ngunzun township court in Mandalay’s Myingyan district scheduled its next hearing for June 4.

Todoroki’s co-defendants are Shein Latt and Shun Lei Myat Noe. When they were in court last week, Shun Lei Myat Noe’s parents said she was a simple worker at the enterprise, ignorant of what was going on and seeking mainly to improve her English-language skills.

Police have said they are also seeking to arrest Alexander Skemp Todoroki. It’s unclear where the Todorokis, believed to be father and son, last lived in the U.S. 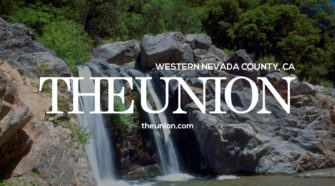