Hemp products are currently not approved for use in animal feed in the US. However, the Hemp Feed Coalition (HFC), the body submitting the application, says large scale production of hemp will create by-products that are nutritious and valuable as animal feed ingredients.

Both the Association of American Feed Control Officials (AAFCO) or the FDA-Center for Veterinary Medicine (CVM) need to authorize the use of such ingredients in chicken diets.

“This is a tedious process overseen by the FDA-CVM. While they have expressed support in fast tracking approvals of applications for hemp and its by-products the process is still slow. For example, when a researcher submits an initial research proposal for pre-approval to the FDA-CVM the agency has 180 days to respond. This is lightning speed for a federal agency but means that even initial study design will move forward on these timeframes.”​

Feed is regulated at both the federal and state level:

At the federal level, the US Food and Drug Administration (FDA) regulates animal feed.

At the state level, it is typically regulated by the state department of agriculture.

The Association of American Feed Control Officials (AAFCO) is a non-regulatory body that promotes the uniform regulation of feed across the US through model regulations, and publishing feed ingredient definitions and terms. They depend on FDA recommendations.

The 2018 US Farm bill saw recognition for hemp as an agricultural commodity.

“Production for [hemp] grain and fiber products has begun to increase. This is great news for the American industry because the global hemp food market is massive and projected to outpace CBD. Hemp seed oil, hulled seeds (hearts) and protein powder have received a GRAS designation for humans. This also means that we will have high quality by-products perfect for animal markets,”​ continued Buffington.

Surprisingly, some US feed mills and formulators still consider hemp illegal in spite of the 2018 Farm Bill and that designation of hemp as an agricultural commodity, she said.

Could the HFC not go down the GRAS designation route to enable the use of hemp ingredients in feed in the US?

“We have to prove safety and efficacy for each species in addition to people. A GRAS designation looks like a quick way to remedy this situation but; not many states recognize GRAS designation, especially for animal feeds, which would require us to go through the FDA approval process anyway to ensure federal legal approval.”​

The nutritional content of hemp by-products makes them attractive for different intended uses and for different species, she said.

The meal/cake after cold pressing has, on average, 30% protein and 10% fat and can then be further processed into flour, protein powder and other products, added the program director.

“Protein powders and oils are great nutritional supplements for dogs, horses, poultry, cattle, fish, and lambs – the list continues to grow. I am getting a lot of interest from producers who are growing hemp grain crops and running livestock operations. One of our primary activities is to support local supply chain development by connecting farmers to processors and feeders and researchers directly.”​

Background to the HFC​

In 2017, the Colorado Legislature directed the Colorado Department of Agriculture (CDA) to gather stakeholder input on the inclusion of hemp in animal feeds. The stakeholder group analyzed the issues, barriers to legalization and what could be done to overcome them.

They published the Hemp in Animal Feed Report​​ in 2018 which identified the pathway to legalization including submission of a Feed Additive Petition to the FDA-CVM, and the identification of gaps in research on the nutritional benefits of hemp and hemp by-products.

The goals of the HFC include:

One of the biggest challenges right now around hemp legislation is the lack of research conducted in the US, said Buffington.

“While other countries never stopped feeding it, we have to prove the nutritional profile using American grown and processed hemp and then use published research (when it is available) and work with feed and species experts to create the protocols and methods to conduct the safety and efficacy feed trials in the US. ​

“We also determine a suggested inclusion rate for each species along the intended use of the ingredient.”​

In terms of the research trials that have been carried out on the use of hemp as a feed ingredient in the US to date, she said:

“Currently, we are focused on hemp seed meal/cake, working with Colorado State University on a lamb trial, which began this year and we have a partnership for a poultry study that will finish early summer. ​I am initiating proposals with Minnesota {University] for swine and North Dakota [University] for beef cattle. North Carolina State has submitted a proposal for horses and we recently talked about aquaculture, while i​nvestigations into research on hemp seed oil as a top dress for performance horses is being considered as well as work on hemp seed oil and protein powder for dogs.”​

Although hemp is from the same species as cannabis (marijuana), the seeds themselves do not naturally contain tetrahydrocannabinol (THC), the main psychoactive ingredient in cannabis.

“Hemp grain and seed products have almost no detectable amounts of cannabinoids. Canadian Veterinary Health Products recently set a limit of less than 10ppm of total cannabinoids for animal feeds and we are recommending the same threshold.”​

Panda Biotech setting up hemp processing facility in US – Fibre2fashion.com 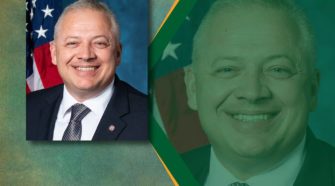