The U.S. Environmental Protection Agency (EPA) announced late last week approval has been granted for the use of 10 pesticide products on hemp.

Hemp is a pretty hardy crop, but it isn’t indestructible. There are quite a few hemp pests that can reduce its fibre or cannabinoid yield, or kill the plant.

Nine of the products cleared for use under the Federal Insecticide, Fungicide and Rodenticide Act (FIFRA) Act are biopesticides and one is a conventional pesticide.

Back in August, the EPA kicked off a comment period on an applications for the ten pesticides as it believed the issue may be of significant interest to the public and in order to enhance transparency. But the EPA also says it wanted to act on the applications quickly in order to give growers certainty for the 2020 season.

“EPA is committed to working with our federal partners and helping hemp growers obtain the tools needed to support and increase commercial production,” stated the Agency.

While some U.S. states had already approved the use of various pesticides on hemp, at a federal level there were none as up until the signing of the 2018 Farm Bill, hemp was considered illegal. The Bill removed hemp from Schedule I controlled substances and made it an ordinary agricultural crop.

“Natural” Perhaps, But Not So Bee-Friendly

As mentioned, nine of the ten pesticides approved are biopesticides, which are derived from natural materials. While biopesticides tend to pose fewer risks, it doesn’t mean they aren’t a threat to non-target species. Three of the approved pesticides contain Azadirachtin, which is an extract of fruit from the Neem tree. Four of the ten contain Neem oil (several of those also the Azadirachtin as a separate listed component).

A 2015 study found neem oil resulted in an acute toxicity to both larvae and adult workers of A. mellifera (honey bees) – and bees love hemp. The study authors recommended its use should be avoided in crops during the flowering stage when the plants are visited by bees.

Bees play such an important role in agriculture and life on earth generally, so here’s hoping the use of these newly approved pesticides will be carried out in a responsible manner.

The full list of approved pesticides can be found here.

Cbdology.Eu Offers New Details On Uses Of CBD Oil, Its Production, Its Benefits, And More 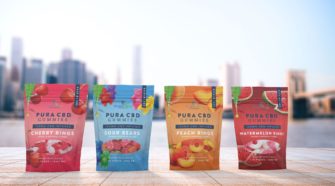