In an interview with POLITICO Magazine, Smoke Wallin, the president of Vertical Cannabis company, shared his opinion about the sudden change in the political climate.

“People kept saying that with Sessions no longer attorney general, a major obstacle was removed from the cannabis movement’s progress, I had to remind them that Jeff Sessions was not really the major problem. He had been all bluster and no action. Republicans had taken such heavy losses on Election Night, it would have been easy to overlook Texas Congressman Pete Sessions’ defeat to Colin Allred, a former professional football player, and Obama administration HUD attorney. Cannabis reform is inevitable.” He said.

With Democrats mainly in charge, the perception and legalities of the hemp industry will metamorphize. It’s almost hard to believe that two years ago, reform was highly unlikely. When Jeff Sessions was in charge, drug regulations would be even more intense.

Now that there is legislative movement, it is estimated the cannabis and hemp will be a $25 billion-dollar market by 2025.

Last November, Michigan was the tenth state to legalize the adult-use of recreational marijuana. Recreational states are expected to double that number by the end of this year.

The governor of Illinois has made it clear that he wants his state to be the first in the Midwest to capitalize on the sales of legal recreational marijuana.

There are a number of cannabis Bills that would have never seen the light of day when Republicans had full control.

“This is the first Congress in history where, going into it, it seems that broad marijuana reforms are actually achievable,” said Tom Angell, an advocate-journalist who runs Marijuana Moment. “For the past several Congresses, there have been dozens of pieces of marijuana legislation filed, but this is the first time where advocates can legitimately say that some of these bills can actually pass. It would not be shocking to see the end of federal marijuana prohibition signed into law this year. This is the first time that actually seems achievable.” Angell told POLITICO.

Although Republicans hold the Senate with 53 seats, 66 senators represent states that endorse the legalization of medical marijuana.

By 2020, there will be 33 unfilled Senate seats, 21 maintained by Republicans while the Democrats hold 12. This means that nine of those Republican seats will be defended by states that have legalized medical marijuana: Dan Sullivan in Alaska, Steve Daines in Montana, Susan Collins in Maine, Jim Inhofe in Oklahoma, Bill Cassidy in Louisiana, Tom Cotton in Arkansas, Shelley Moore Capito in West Virginia, Martha McSally in Arizona, and Cory Gardner in Colorado.

Despite who fills the 2020 seats, it is interesting to observe the transformation of cannabis legislation from 2017 to 2019. 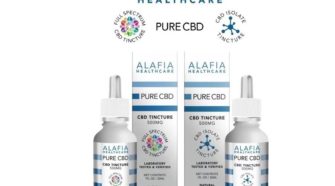