It’s no secret by now that the marijuana industry is a big-money business. Having grown from $3.4 billion in legal global sales in 2014 to hit nearly $11 billion worldwide in 2018, it demonstrates just how quickly “going green” is catching on with consumers and investors.

However, there’s a potentially larger growth trend contained within the cannabis movement that investors simply have to know about: Cannabidiol (CBD).

CBD growth could be off the charts

Cannabidiol is the nonpsychoactive cannabinoid that’s best known for its perceived medical benefits. Since products infused with CBD don’t get the user high, it has substantially broader appeal than products containing tetrahydrocannabinol (THC), the cannabinoid that gives consumers a buzz.

Further, CBD can be extracted from both the cannabis and hemp plant, whereas THC derives almost entirely from the cannabis plant, since hemp often contains very low levels of THC. Hemp plants are considerably cheaper to grow than cannabis, making hemp the preferred crop choice for CBD extraction.

The big question is: Just how big could the CBD market be?

Predictive analysis and market research company Brightfield Group believes it has the answer.

In a newly released report from Brightfield, the company is calling for year-over-year CBD product sales growth in the United States of 706% in 2019 to around $5 billion — not a typo – and sales of $23.7 billion by 2023. Comparatively, about $620 million worth of CBD products were sold last year in the United States (based on 706% growth to $5 billion). Growing CBD revenue from about $620 million in 2018 to $23.7 billion by 2023 works out to (drum roll) a compound annual growth rate (CAGR) of a whopping 107%! Compare that to some of the most robust broad-based growth estimates for cannabis, which call for a CAGR of around 25%, and you can see why CBD is all the buzz (without creating an actual buzz) on Wall Street.

Probably the next question on your mind is: How is such phenomenal growth possible?

According to the Brightfield Group, there are a number of catalysts fueling CBD’s rise.

General retailers are stepping up

First, it sees significant sales growth from the entrance of major pharmacy chains into the CBD space. As you may be aware, CVS Health (NYSE:CVS) kicked things off in March by announcing plans to carry CBD topicals in approximately 800 stores across eight states. Walgreens Boots Alliance (NASDAQ:WBA) followed suit just days later by announcing its intention to carry CBD topicals in 1,500 stores in a handful of states. Rite Aid (NYSE:RAD) was last to join the party, with the company carrying CBD topicals in Washington and Oregon.

Traditionally, pharmacy chains are a low-margin business. Though the bulk of profits are derived from the pharmacy side of the equation, front-end store products are what can drive consumer loyalty and foot traffic. By adding CBD products to their stores, CVS Health, Walgreens Boots Alliance, and Rite Aid, are likely hoping that it brings in repeat business and new consumers.

To date, nearly half of Canada’s major growers (i.e., those capable of at least 100,000 kilos of cannabis output per year) have announced their intention to enter the U.S. hemp market. This has been made possible as a result of President Trump signing the farm bill into law in December. This law legalizes the industrial production of hemp and hemp-derived CBD.

Canopy Growth (NYSE:CGC) has probably made the biggest push into the U.S. thus far. In January, Canopy was awarded a hemp-processing license in New York State, with the company announcing plans to spend up to $150 million on a processing facility in the state. Canopy Growth also acquired Colorado-based ebbu in November. Ebbu is an intellectual property and patent company that should come in particularly handy with hemp and cannabis growing, as well as derivative production (e.g., cannabis-infused beverages).

A “disruption of the leaders”

As an example mentioned earlier, Kroger will be carrying cannabis products in 945 stores in 17 states, which represents about a third of owned supermarkets throughout the country. As a grocer with a lot of well-known shopping brands, Kroger will be able to leverage its existing distribution network, and its regular advertising in print and digital form, to potentially drive increased foot traffic to its stores. Again, CBD itself may not make much of an impact on a store that contains thousands upon thousands of products. But if foot traffic increases in response to carrying CBD products, thereby making Kroger more of a one-stop place to shop, then the effects could be tangible on the company’s topline numbers and margins.

Likewise, cash-rich Canadian producer Tilray (NASDAQ:TLRY) acquired hemp foods manufacturer Manitoba Harvest in March for about $310 million. The dangling carrot for Tilray was Manitoba Harvest’s existing distribution network to more than 16,000 retail stores throughout North America. This sizable distribution network will be the key to Tilray expanding the reach of its CBD offerings.

Long story short, if you haven’t been keeping a close eye on the rise of CBD, perhaps now is the time to start. 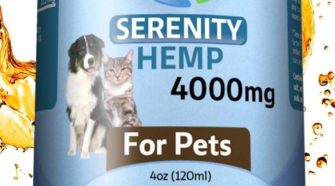