Reboots are all the rage these days-just look at the tremendous success of the latest ‘Halloween‘ movie, which had a massive opening just last weekend. People love to see familiar properties remixed, retooled and reimagined. So much so, in fact, that they are beginning to see it in places where it isn’t even there.

Take, for instance, “Cold Pursuit,”the latest action thriller from Liam Neeson, who seems to still be in the Charles Bronson stage of his career. Many people online have noted that several shots and themes in the film’s trailer, which dropped yesterday, look a lot like the Classic ‘Simpsons‘episode “Mr. Plow.” This, of course, is one of those dumb things that crop up on Twitter from time to time and have absolutely no truth to them whatsoe-

Well, okay, yeah. We see where you’re coming from, Twitter, but if that’s all that you have, it’s a little thin…What’s that, there’s more?We will admit that is pretty striking. Who knows, maybe the producers are big ‘Simpsons’ fans and took a little bit here and there. After 30 years who hasn’t stolen a thing or two from the Fox mainstay?We’re sold.

You can see the updated, violent “Mr. Plow” riff when it hits theatres February 8th. Watch the full trailer below. 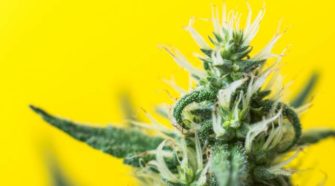