Former House and Urban Development (HUD) Secretary Julián Castro said he is open to decriminalizing possession of drugs beside marijuana and that local communities should be empowered to experiment with safe consumption facilities for currently illicit substances.

The 2020 Democratic presidential candidate spoke at a forum hosted by the Iowa Harm Reduction Coalition last week, weighing in on a variety of proposals to end the drug war and combat the overdose crisis.

He was also pressed on a 2014 HUD memo, which was released while he was serving as secretary, that reiterated that owners of federally assisted housing facilities are required to deny entry to people who use marijuana, regardless of state law. Castro downplayed the document, stating that it was simply a reaffirmation of an existing policy and that it was signed by a lower-ranking official.

On broader drug decriminalization, Castro didn’t explicitly endorse the policy, but he said that he’d consider the prospect and could be persuaded if the evidence demonstrates its efficacy.

“I’m open to the United States looking at other substances that we can either decriminalize or deprioritize enforcement of,” he said. But he added that it’s a newer proposal that doesn’t have the same level of data behind it as marijuana legalization does, for instance.

“The evidence of that in our country is newer,” he said. “I do think though that it’s worth taking a look at that and understanding where are those opportunities, either to decriminalize or at least deemphasize enforcement so that we’re not penalizing individuals who should instead be getting the treatment that they need.”

“I believe in the model generally. I don’t believe in cracking down on people. Like I said, a lot of folks getting caught up in the incarceration system that takes them off a productive path in life and they’re never able to get back on because they have that record. I’m very open to that. But for those of us who are policymakers or aspiring to be, that is newer and I look forward to understanding how we can do that and make sure that we can do it in the same orderly way, workable way, that we’ve been able to do with marijuana in these states.”

In the harm reduction interview, Castro also talked about his views on safe consumption sites, where people can use illicit drugs under medical supervision and receive resources to get into treatment. He said he believes in a community-based pilot approach to learn how best to navigate a national program. (That conversation begins around 39:15 into the video above.)

“I would like these communities to be able to pursue these safe consumption spaces and essentially pilot out how they work,” he said. “I believe that we owe it to the effort to see how we can make sure that we avoid [overdose deaths].”

“We’ve been trying it one way for so long and I also believe, having been a mayor of a city, that one of the values of local communities is that they can try out policy in their own community and measure the results and see how it works. The system that we have in place right now doesn’t seem to be working very much at all. Whether it’s Philadelphia or its some of the other cities that have tried it, I believe that we should allow for the piloting of these programs and that that will help us come to a determination nationally about the approach.”

Sens. Bernie Sanders (I-VT) and Elizabeth Warren (D-MA), presidential candidates, are also in favor of safe injection facilities and have included the legalization of such programs in their platforms.

The Iowa Harm Reduction Coalition also sat down with former Rep. Beto O’Rourke (D-TX) last month before he dropped out of the presidential race. In that discussion, O’Rourke said he would decriminalize possession of all drugs and also called for safe consumption sites.

Sanders was also slated to talk drug policy with the group last month, but the discussion was postponed after the senator experienced a heart attack.

Castro’s latest comments build on what was a somewhat thin drug policy record for the candidate at the beginning of his campaign. That said, he released a plan last month that endorses marijuana legalization and the expungement of past cannabis records, and his new positions on exploring decriminalization and allowing safe consumption sites help to distinguish his agenda from the pack.

‘Hemp can sequester 15t of carbon per hectare’ – Agriland 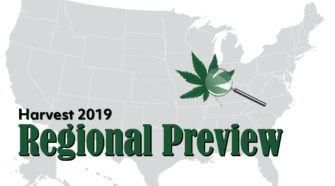