States cannot block the interstate transport of legally produced hemp products, according to a legal opinion from the U.S. Department of Agriculture.

The May 28 opinion concludes that states and federally recognized Native American tribes must allow the free-flow of hemp across state lines and reservations envisaged in the 2018 Farm Bill. Despite the legalization of hemp, state authorities have seized shipments and prosecuted truckers.

While the analysis from the USDA General Counsel Stephen Vaden is not legally binding, it puts those involved in the interstate transport of hemp on firmer footing. Vaden notes that while states and tribes are free to prohibit the production of hemp, they still must allow it to be transported through their jurisdictions. That hemp must have produced under a USDA license, a USDA-approved state or tribal plan, or under a 2014 federal pilot plan for hemp.

In Elmwood Place, Ohio, trucks regularly get stuck attempting to cross an elevated railroad crossing. It can take five to six hours to dislodge the vehicles. The crossing has clearly marked signs warning, “Tractors and trailers cannot clear the tracks.” One resident suggested biggers signs and higher fines.

“We view the perpetrators of this act as traitors to the country’s sustainability and therefore they should be stopped and brought to justice.”

–Malaysia Environment minister Yeo Bee Yin, on the illegal shipments of plastic waste, which the country is planning to return.

Three people escaped to safety from a burning home after a passing trucker uses his air horn to alert the neighborhood. (Watertown Daily Times)

Longshore workers in Vancouver and other British Columbia ports are slated to be locked out on May 30 amid a labor dispute. (Vancouver Sun)

The Transportation Security Administration quietly announced that passengers can travel with certain CBD and other legal hemp-derived products. (Forbes)

Huawei plans to complain over the accidental rerouting of packages by FedEx. (Financial Post)

The USDA is taking a positive step by clearing the uncertainty surrounding hemp transport in the U.S. But much remains to be done to ensure it happens without legal repercussions. Importantly, law enforcement must use testing methods that reliably distinguish between legal CBD, the non-psychoactive substance derived from hemp, and THC, the psychoactive component of marijuana. Unfortunately, field tests widely used by police are prone to creating false positives for THC in CBD products. That means that anyone transporting legal CBD is potentially taking a gamble.

Next TSA Updates Rules To Allow Hemp-Derived CBD Aboard Flights 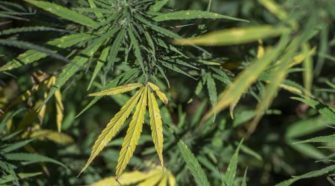