A company that tracks and traces cannabis plants and products across the supply chain has just raised $50 million in a growth funding round led by global investment giant Tiger Global Management and Snoop Dogg’s Casa Verde Capital.

Lakeland, Fla.-based Metrc was founded in late 2013 to serve Colorado’s cannabis enforcement division. (For those who didn’t know, Colorado was the first state to establish a recreational cannabis market). It’s not your traditional tech startup, having been spun out of 25-year-old Franwell Inc. It plans to use the money to hire and perform facility upgrades, according to Karan Wadhera, managing partner of Casa Verde Capital.

The large funding amount and caliber of Metrc’s investors are worth noting and certainly a validation for the growing cannabis industry. Tiger Global is one of the world’s most prolific investors, having put money into the likes of Spotify, Facebook, LinkedIn, and Redfin. On Tuesday, Crunchbase News reported it had raised a $3.8 billion venture fund. Back in January, our very own Savannah Dowling reported that despite a massive potential for growth with adult-use legalization, mainstream VC firms appeared to be hesitant to invest in cannabis companies.

“We believe this is a landmark transaction, as it supports one of the leading cannabis technology platforms in the U.S.,” Wadhera said via email.

From Seed To Sale

Metrc currently services 11 states and Washington, D.C. and, according to a press release, “allows cannabis industry operators to report required events and information and enables regulators to oversee license holders’ activities to monitor and enforce compliance.” The company uses Radio Frequency Identification (“RFID”) technology and serialized item tracking in its effort to give regulatory bodies real-time visibility into industry operators’ inventories. It has more than 50 employees, according to Wadhera.

Jeff Wells, CEO of Metrc, said in a press release that Franwell has decades of experience building RFID technologies in industries such as fresh food and pharmaceuticals, and he is now applying that knowledge to the cannabis space.

Metrc recently won the track-and-trace contracts for Massachusetts and California, which it describes as “the largest legal cannabis market in the world.” To date, the company has registered more than 85,000 users and tracked more than 20 million plants and 19 million packages.

“The advent of seed-to-sale tracking and the richness of the data it yields has made the cannabis industry the most organized and transparent in the world,” Wadhera said in a press release. “We are excited to continue supporting compliant cannabis operations through our partnership with Metrc.” 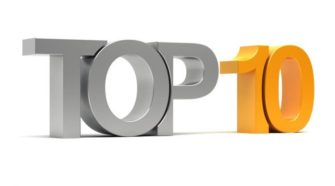