This originally appeared in the Winona Republican-Herald on Friday, Dec. 31, 1937.

Two hemp processing companies brought to Winona in 1937 a new industry here for which the promoters see a good future development bringing an increase in jobs for Winona employees and a new and profitable cash crop for Winona area farmers.

Chempco Inc., operating in the big former Union Fibre Company plant in the West End, has 40 employees on its payroll and is removing the fiber here from raw hemp, much of it grown locally.

It is baling the fiber and selling it in carload lots for fine paper manufacture, while a great surplus of by-product woody material is accumulating in every available storage place, including outdoor bins, for later use.

Farmers in the vicinity of Altura, Minneiska, St. Charles, Dover and Lewiston raised hemp on about 950 acres for this factory in 1937, and about 50 acres of hemp was grown in nearby Wisconsin. The scale of operations at the Chempco plant is shown by car lot movements of 350 carloads this year to and from the factory.

Operating on a smaller scale, with a crew of 12, is Cannabis Inc., in the former Winona Yarn Mills factory at Wall and Second streets, and this company has gone into spinning hemp fibre and making out of it such finished articles as rugs, mops and cloth used in upholstering furniture.

“We have begun the spinning of hemp yarn, something never done before on any large scale,” declared E. G. Witt of Winona, who is assistant secretary and in charge of the plant under F.E. Holton of Mankato.

While the Chempco company gets its hemp raw in bales here and threshes or decoricates it, the Cannabis company has the fiber extracted at plants of an associated company at Mankato, Blue Earth, Lake Lillian in southwestern Minnesota and shipped here.

At the Cannabis plant, the hemp fiber is further machined and processed chemically to fit for manufacturing into yarn and cord, which later is made into rugs, various forms of cloth and the majority of spun material into mops.

Some of the carded hemp is sold for stuffing for furniture, and advantages claimed for all of the hemp-made goods are that they wear better than wool, linen or cotton, will not deteriorate in water and that hemp is moth and bug repellant.

This company also expects to contract for hemp to be grown for it in this area next year, and will pay from $12 to $15 a ton delivered at the factory without baling, said Mr. Witt.

The Chempco plant produces more than a carload of hemp fiber a day and more than three carloads of the woody material called hemp hurds. The hurds are something like little pieces of wood out of the center of the hemp stalk. The fiber forms the other part or bark of the stalk.

This woody stuff is ground up into a “flour.” This is not food flour but flour out of which can be made a wide variety of composition materials.

Plastics, such as the hard material from which is made what is commonly called the hard rubber telephone sets, can be made from this flour. The flour is cellulose acetate. It is mixed with a synthetic rosin and baked to form the plastic. A good deal of experimental work is being carried on with this flour, and a big market may be discovered for it, although regarding this development the plant manager docs not say much.

“Hemp,” he said, “has been exploited by people who do not know much about it, leading to disappointment, and I prefer not to make any great claims of the possibilities.”

Mr. Johnson does say, however, that Chempco plans to expand when present market demands for hemp fiber is satisfied, and the company plans to go beyond the present raw material stage into manufacturing operations.

At the present time, at the Chempco plant, nothing more is being done than the making and selling of raw fiber for the manufacture of paper.

Many additional things besides paper can be made of the fiber and flour from the hemp by-product, and one of the first things likely to be manufactured here would be floor coverings and plastics.

This development at the Chempco plant, said Mr. Johnson, “will come just as soon as we establish a surplus production over and above our present market requirements.”

Until recently, the cellulose used in manufacture of plastics has been obtained from wood and sawdust. Hemp has been raised for many years to get from it the tough fiber used for twine and the cordage used for caulking in ship building.

Lately, it has been discovered that some of the finest grades of paper can be made from hemp fiber. The idea of new raw material to use, instead of worked-over old rags and paper has appealed to manufacturers, for they are assured of a supply of raw material and continuous production.

Several years of experimental work were required to determine a basis on which the hemp crop could be raised profitably by farmers, but in every case where farmers have tried hemp raising with intelligent effort, according to Mr. Johnson of the Chempco plant, the farmers have been enthusiastic about the crop.

Hemp is a good weed killer and fits well into a farmer’s crop program, he states. It requires no cultivation in the growing season and is a fairly dependable crop. The average net profit to the farmer raising hemp per acre in Minnesota in 1937 was about $20 a ton.

Some of the hemp grown in the immediate vicinity of Winona in 1937 was good and some not so good, he said. Special harvesting machinery is not needed, and it is planted in the spring from seed, either in a drill or broadcast.

Before it is brought into the factory it is baled, just as hay is baled.

When shipped to the plant, the bulk of the hemp is warehoused. The Chempco plant has accommodations for 10,000 tons of raw material, enough to run the plant the year around.

This, roughly, is how the hemp stalks are made into paper fiber:

Wire on the bales is chopped as the bales start on a feeder through the long line of machinery in the plant. Then, the loosening bale passes between rollers, an upper roller traveling faster than a lower roller to loosen the bale, which then passes between cylinders in which are inset teeth which tear the bale apart and spread it for its passage through a long oven in which 250 degrees heat and fast fanning air thoroughly dry the stalks. A bale of hemp has passed through machinery in one long building before it is out of the drying kilns. Then, it is blown through a long pipe to a hopper at the top of another building, where the threshing of the hemp straw begins to separate the woody portion of the stalk from the fiber.

The fiber and woody material, or hurd, having been separated, they are handled differently. The fiber is baled and shipped out to paper manufacturers, and normally the hurd would be blown to a grinding mill to be made at once into flour.

Because of a present failure of the grinding machinery to function properly, this woody material, coming out of the factory at the rate of about six tons an hour, quickly filled all storage space, then was packed at excessive cost into 50,000 bags, and finally had to be put into bales and then into open air pits made out of these bales.

When the big hurd grinding mill is working properly, the woody material now stored inside and outside the plant will be pulverized for use in the manufacture of plastics, floor covering, wall board and other products.

The main market up to the present time for this woody material product is to make insulating material, but hemp hurd is a new product, the plant manager said, “which will be going into a lot of new fields.”

It is in this proposed expansion into new fields that the promise of an outstanding new industry for Winona lies.

Editor’s note: While Winona industrialists had high hopes for hemp, Washington politicians and bureaucrats had other ideas. In the face of near-hysterical accusations by anti-drug czar Harry Anslinger and others, Congress passed the Marijuana Tax Act of 1937 that, among other things, required government agents to be on hand to observe every aspect of hemp manufacture and placed extreme regulatory requirements on the disposal of foliage and other hemp waste. The law was the death warrant to the use of hemp as an industrial raw material and effectively regulated Cannabis Inc., Chempco Inc. and other enterprises out of business.

Workshop on hemp production is Thursday for Thumb producers – Browncitybanner 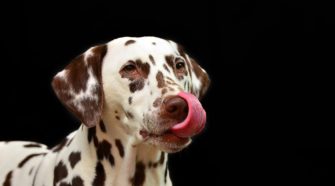