The Thousand Oaks City Council has extended its moratorium on new hemp businesses in town until next September.

The council initially banned them for 45 days on Sept. 24.

The moratorium does not apply to the city’s existing hemp businesses, including a few retail shops, Assistant City Attorney Patrick Hehir said Thursday.

Those businesses had been permitted by the city prior to the initial 45-day moratorium, Hehir said.

“To me, this is a good, common-sense step to take for the city,” council member Al Adam said of the extended moratorium. “Keep in mind, there have been requests for a huge amount of warehouse space to bring hemp in and dry it … (and) a request for a number of shops on T.O. Boulevard.

“We don’t know what that proliferation could mean,” he said. “We don’t know the consequences of this as far as transportation, as far as odor and all the different problems that could occur. So there’s just a lot of questions, and we need time to look at the positive and the negative impacts.”

Hemp grown for industrial use comes from the same plant species as marijuana, but it must, by definition, have negligible intoxicant properties. Hemp was legalized as a commercial crop by California voters in 2016 and by Congress in the 2018 version of the national Farm Bill.

In a memo, Hehir cited a number of factors that led the council to adopt the initial moratorium in September.

One of them is a concern that “unscrupulous businesses” seeking city approval to sell CBD products related to industrial hemp will also try to sell cannabis products, which is banned in Thousand Oaks.

“CBD oil from hemp and CBD oil from cannabis with THC have similarities that make distinguishing the types of oil or related products challenging,” he wrote.

He noted at last week’s meeting that law enforcement officials in Kern County recently seized and destroyed about 10 million marijuana plants being grown under the guise of industrial hemp.

Thousand Oaks isn’t the only city in Ventura County to prohibit the growing of industrial hemp.

The Ojai City Council did so in August, for instance.

But cultivation is allowed in unincorporated areas regulated by the Ventura County Board of Supervisors.

The Camarillo City Council in October voted against an interim moratorium on the cultivation of industrial hemp within city limits. Thus far, one 18-acre field grows hemp in Camarillo. Larger hemp fields are in nearby unincorporated areas.

Adam said he’s received comments from residents of the Santa Rosa Valley, between Camarillo and Thousand Oaks, “that they’ve got that skunk oil odor of hemp drifting into their area.”

Ventura County could become one of the largest hemp-growing areas in California, county Agricultural Commissioner Edmund Williams said, adding he expects most hemp in the county will be sold for the CBD.

Mike Harris covers the East County cities of Simi Valley and Thousand Oaks, as well as transportation countywide. You can contact him at mike.harris@vcstar.com or 805-437-0323.

SUPPORT LOCAL JOURNALISM and get all the latest Conejo Valley news from Star reporter Mike Harris. Get a digital subscription.

To compete in the crowded hemp field, Maine growers need to zero in on value-added products – Bangor Daily News 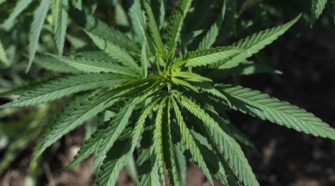